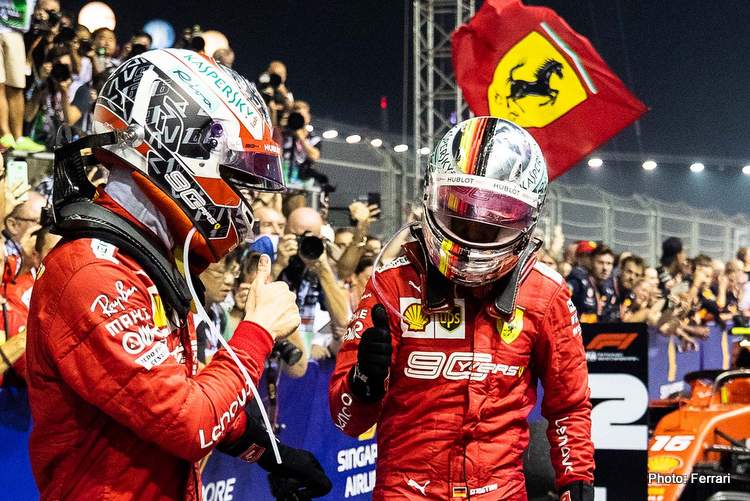 Flavio Briatore doubts Ferrari can catch up with Mercedes in the final stanza of the 2019 Formula 1 World Championship battle despite the Reds unleashing some handy performance from their package.

Three wins in three races on the high-speed temples of Spa and Monza, followed by Sunday’s triumph on the tight confines of Marina Bay means that Maranello have a good all-round car to seriously take the fight to Mercedes.

Disgraced former Renault boss Briatore told Adnkronos, “Ferrari winning is revitalising for Formula 1 even though I don’t think there is a chance for them to win the world championship, Ferrari winning again does a lot of good.”

Charles Leclerc won at Spa and Monza, but a controversial strategy call in Singapore meant that the struggling number 1 Sebastian Vettel won in Singapore.

“Leclerc has proved to be a great talent and he could have won as well in Singapore. But to me there is nothing to say about the teamwork, also because Vettel needed a victory,”