Who can unseat Lewis Hamilton as the best F1 driver? 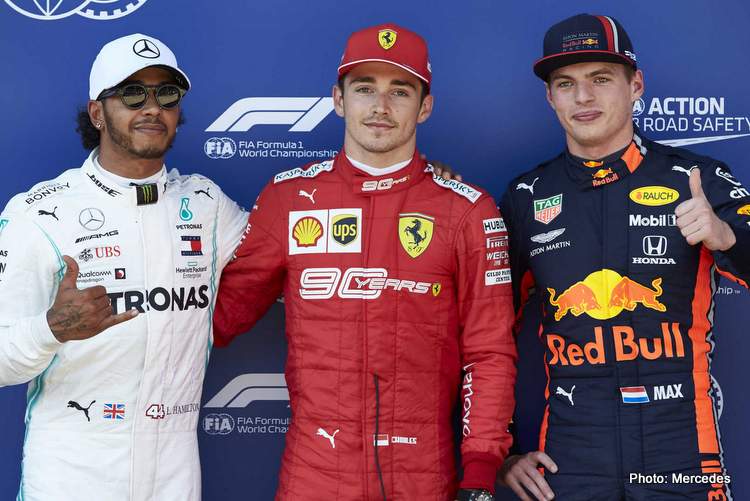 Lewis Hamilton is on the way to winning his fifth Formula One World Drivers’ Championship in six years. Mercedes have dominated the motorsport securing five consecutive championships.

Despite Mercedes and Hamilton’s repeated success, it finally feels like another driver could unseat Hamilton as Formula One’s No. 1 soon. Formula One fans can use a fanduel sportsbook promotion before the next big race in motorsports and wager on the driver they believe will take home top prize.

There are a number of drivers in Formula One that could be ready to overtake Hamilton and win their first World Drivers’ Championship. Hamilton won’t be overtaken this season, but next term could see someone else speed to the front of the race pack.

Red Bull driver Max Verstappen is now fulfilling his potential as a top Formula One driver. Verstappen has finished on the podium five times in 2019 with two races ending in victory. Until the Belgian Grand Prix, Verstappen hadn’t finished outside the top five of a race all season. Verstappen will be a popular pick for the Italian Grand Prix and fans playing the books can wager on the Dutchman or another top driver for the big race.

In Belgium, he endured his first race retirement of the season. His consistency has improved and is currently on pace for his first-ever top 3 finish to a Formula One season. He could still catch second-place Mercedes man Valtteri Bottas, but Hamilton is just too far away for now.

Carlos Sainz Jr joined McLaren prior to the 2019 Formula One season thanks to his success at Renault. He was replaced by former Red Bull man Daniel Ricciardo and most Formula One pundits expected the energy drink team to get the best of the deal.

Yet, Sainz has had the better driver in the 2019 season posting 58 points after 13 races. Sainz is seventh in the standings and is just seven points off of sixth place. He could be a breakout star in the future and help return McLaren to the top of the motorsport.

Charles Leclerc is in just his second season as a Formula 1 driver. He debuted with Sauber last season and success saw him signed to Ferrari for 2019. Life at Ferrari hasn’t been easy as sky-high expectations have seen Leclerc fall short. He finally won his first career race at the Belgian Grand Prix and followed that up a week later with a famous victory at the Italian Grand Prix.

The Monegasque driver has reached podium six times in a relatively consistent season. Currently fifth in Formula One, Leclerc could still overtake teammate Sebastian Vettel for fourth in the final standings. Leclerc had considered leaving Ferrari after just a few months with the team. However, he has become Ferrari’s No. 1 driver as Vettel doesn’t look likely of returning to the past glory he had.

Leclerc continues to shine and could be the next Ferrari man to win the World Drivers’ Championship. However, as long as Mercedes and Hamilton are around, Formula One’s other drivers need to be at their best to overtake them.