Russell: Not the first time Romain has done that 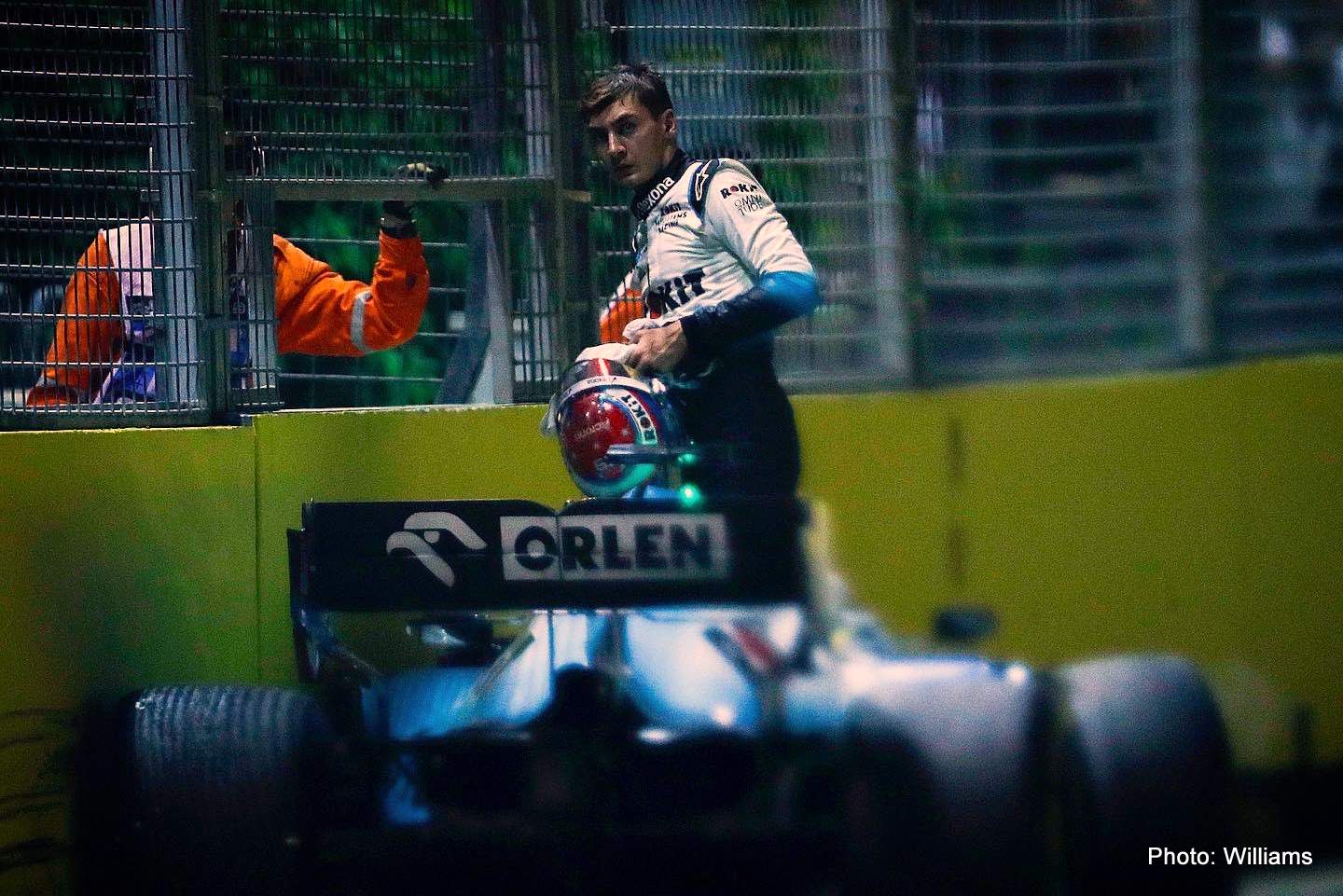 After a tense and strange Singapore Grand Prix, Williams rookie George Russell took a swipe at Romain Grosjean when the veteran Haas driver again showed why he has no place on the Formula 1 grid.

The Frenchman thanked the Haas team (for inexplicably extending his contract for another year) by yet again taking out a rival on another below-par race weekend by the American outfit which now, in the pecking order, are only better than the beleaguered Williams team.

Shortly after the halfway mark during the race at Marina Bay, while Grosjean battled with rookie George Russell in the woefully slow FW42, the Frenchman clipped the Briton’s car which pitched it into the wall.

The #8 Haas was down the order thanks to its perpetually errant driver breaking a front-wing during his escapades on the night.

Russell was understandably aggrieved and said of his crash-prone rival, “I don’t know what he was thinking, but it’s not the first time Romain has done something like that.”

“As the race went on our pace seemed good, but then Grosjean went for the overtake on the entry of turn eight. At the apex we were side by side, I had the inside momentum and then come to the exit I was well ahead of him.

“At that point it’s the guy on the outside that needs to concede the corner. Next thing, his front right has hit my rear left and I am in the wall. What looked like a fairly decent weekend ended up as a missed opportunity,” added Russell.

Grosjean and Russell collide, and the Williams is out

Grosjean gave his version in the Haas team report, “We were waiting for the safety car, which then actually came when I had the contact with George.”

“I need to see the footage, but I was as left as I could be at the exit of the corner. When there’s no run-off area, there’s nowhere to go, so I touched the wall and we touched there – there was no more room for me to go left,” added the Frenchman.

The FIA race stewards looked at the incident and decided to take no further action.

Big Question: What was Haas thinking to extend Romain’s contract?