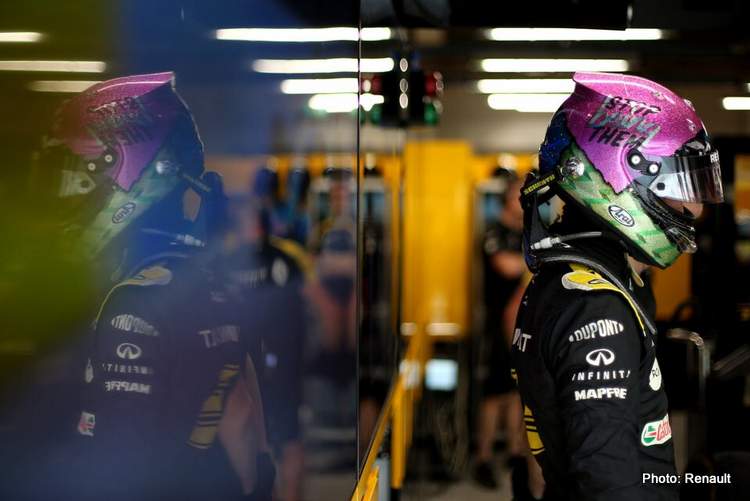 Renault’s Daniel Ricciardo was disqualified from Singapore Grand Prix qualifying on Saturday after stewards ruled his car’s energy recovery system had deployed too much power.

The Australian had qualified eighth on the grid, one place ahead of teammate Nico Hulkenberg.

He is now likely to have to start from the pit lane on Sunday for a race where overtaking is difficult and track position a key factor.

The FIA Race Stewards deemed: “It was established in the hearing, beyond any doubt in the opinion of the Stewards, that the competitor exceeded the MGU-K power flow limit permitted under Appendix 3, per Article 5.2.2 of the 2019 Formula One Technical Regulations. The method by which this limit is regulated is well known and understood by the teams. Neither the fact that the car had exceeded the limit nor the methodology by which it is policed was disputed by the team.”

And added in closing: “The Stewards therefore order Car 3 disqualified from the results of Qualifying.”

Renault responded on Twitter: “Renault F1 Team acknowledges the decision from the FIA Stewards to disqualify Daniel Ricciardo from the qualifying session of the Singapore Grand Prix after he benefitted from an advantage measured at one-microsecond due to a kerb hit that caused his MGU-K to overrev on his slowest lap of Q1. The decision will therefore not be appealed.” 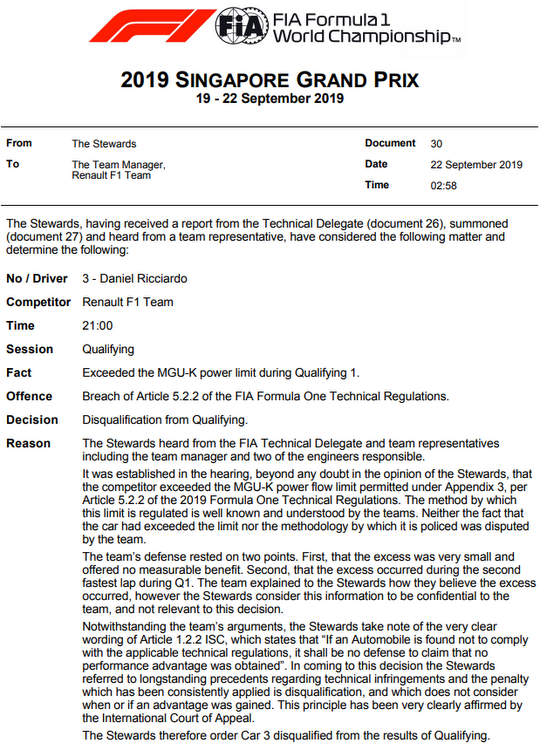