Hulkenberg: I respect racing on ovals but it’s not my thing 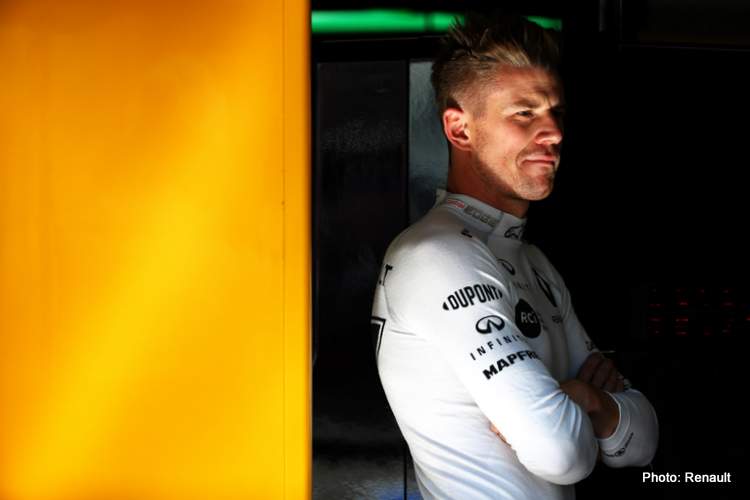 Nico Hulkenberg has turned down an offer to drive for McLaren in the British marque’s first full Indycar season next year as he appears to have arrived at the end of the road of his Formula 1 career.

“I have a lot of respect for those who race on ovals, it’s just not my thing,” said the German, after McLaren boss Zak Brown revealed the failed talks in Singapore.

Earlier, the Renault refugee had also ruled out Formula E, saying the all-electric series is “not exactly exciting.” for him.

“Formula 1 blood flows in my veins,” insisted Hulkenberg who has not celebrated on an F1 podium in his 170 Grand Prix starts since he made his F1 debut in Bahrain back in 2010.

The 32-year-old has already missed out on the Haas seat where he was expected to go, while Antonio Giovinazzi looks set to keep his Ferrari-promoted seat at Alfa Romeo.

Giovinazzi’s father Vito has apparently been telling people in the paddock that his 25-year-old son has already signed up for 2020.

“Don’t ever believe a father,” Hulkenberg laughed. “They sit here all day, talking and drinking a little and talking a little more. I’m calm. Let’s see what happens.”

He also revealed in Singapore that Red Bull’s Helmut Marko had told him to stop phoning because the team did not have him in their plans for the future.

“Hulkenberg is hard to imagine for Red Bull,” Marko told Motorsport-Magazin.com in Singapore. “We look at the external options, but no one would be a significant improvement.”

Hulkenberg told Sky Italia: “There is still a realistic possibility of staying in Formula 1. It’s difficult to talk about specifics, because as you can imagine that’s private details. But everyone knows what places are available. Right now I am still totally focused on Formula 1.”

Last and perhaps least is a return to Williams.