Hamilton: With the undercut we could’ve easily won the race 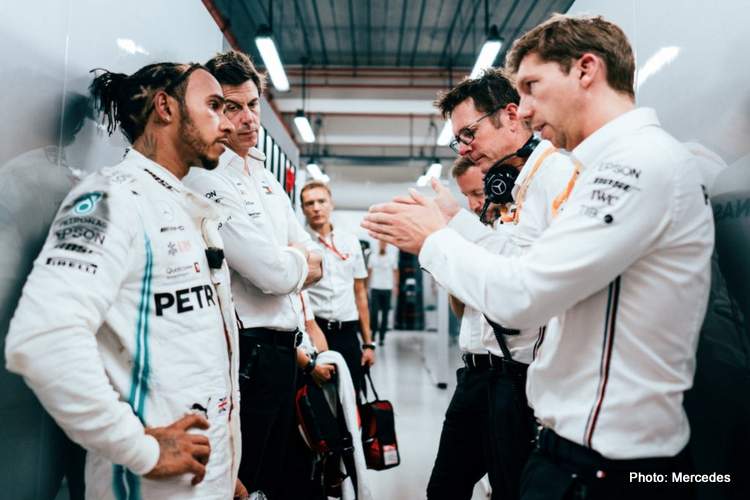 Lewis Hamilton believes he had the package to win the Singapore Grand Prix but believes his team were too conservative in their strategy on the night and thus neither Silver Arrows drivers were on the podium.

Adding insult to injury is the fact that Ferrari scored an unexpected one-two at a venue where they were not expected to excel as they did in both qualifying and in the race.

It was clear after free practice that Mercedes had mighty race pace but Hamilton was unable to put it to good use and told reporters after the race, “It’s painful for us because we could have easily won the race today

While Charles Leclerc controlled the pace early on, his teammate Sebastian Vettel employed the undercut which ultimately handed him victory without having to bang wheels on track. Mercedes might have done the same to cover the eventual race winner. But they did not.

Hamilton lamented, “I knew that we should have undercut,” Hamilton told Sky F1 after the race. I kind of knew it this morning as well in the brief. I was like, ‘let’s just take the risk’. But they didn’t.

“But we win and we lose together as a team and we all take this on our chin. It’s painful for us because we could have easily won today but it just didn’t work out.”

Hamilton leaves Singapore still with a comfortable 65-point lead in the championship, and his Mercedes team lead Ferrari by 133 points.

However, he is concerned that the Ferrari now have the edge, “It feels like they are hungrier at the moment. So we’ve got to step it up. We’ve got the ability, we’re still the best team but we’ve just got to stop dragging our feet and get on. We’ll re-huddle and come back fighting in the next race.”

Big Question: Did Mercedes mess up their strategy?