Singapore FP3: Leclerc tops as Ferrari come to the party 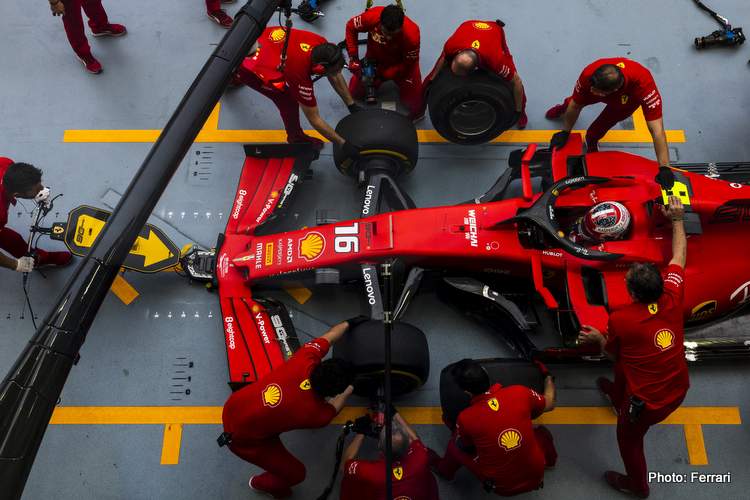 Ferrari driver Charles Leclerc topped the timing screens at the end of the third and final free practice session of the Singapore Grand Prix weekend, ahead of qualifying for Round 15 of the 2019 Formula 1 World Championship, at Marina Bay Street Circuit.

Once again the tricky street circuit took its toll with Sergio Perez crunching his Racing Point in Turn 21 which prompted a red flag period. Lewis Hamilton also spun out in the final dozen minutes but with no damage to his Mercedes.

The World Championship leader was the meat in a Ferrari sandwich as Sebastian Vettel clocked the third-best time, albeit six-teths down on his teammate in top spot.

Nevertheless, it would be fair to say that Ferrari have extracted some performance with their latest updates which is handy right now as this was not supposed to be a venue that suited their package…

Perez slaps into the wall 👀 He’s right next to the pits, but he limps back with some damage to his right-rear wheel#F1 #SingaporeGP pic.twitter.com/1l30olFFTy

At the end of the one-hour twilight session, Leclerc had done enough to take top spot with a best lap time of 1:38.192 which was two-tenths of a second faster than Hamilton’s second-place effort in the Mercedes.

After topping the timing screens until the final half, Valtteri Bottas ended fourth fastest, four-tenths down on his Mercedes teammate.

Red Bull appeared to have fight in them on the opening day but this went AWOL in the early evening session and as a result, Alexander Albon and Max Verstappen were fifth and sixth respectively, but both were over a second down on the benchmark pace.

It was an encouraging session for McLaren, their drivers firmly Best-of-the-Rest with Carlos Sainz in sixth and Lando Norris seventh – about half a second or so quicker than their closest rivals in the midfield, namely the two cars of their engine supplier Renault, with Nico Hulkenberg ninth and a tad quicker than Daniel Ricciardo in tenth.

During the one hour session, Daniil Kvyat managed only three timed laps before his Toro Rosso developed an issue with the power unit.

In retrospect it is hard to gauge if Red Bull were playing a game, however it appears Ferrari have found some cavalinos under the hood and will take it to Mercedes (make that Lewis) who will have to unleash some serious party mode and allow their ace to do the rest.

Remember his lap last year? This year he might have to dig deeper as Leclerc is sure to be in the mix while I have a suspicion Verstappen will uncan something special.

Whatever the case we are set for an unpredictable qualifying session in Singapore. 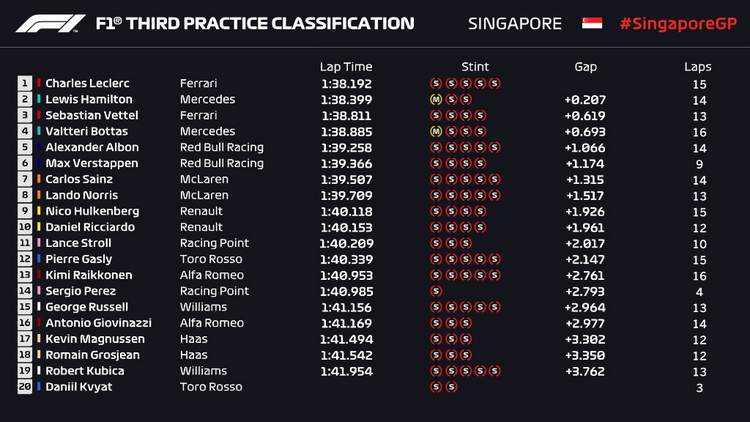