Red Bull: We had hoped to be higher up the order 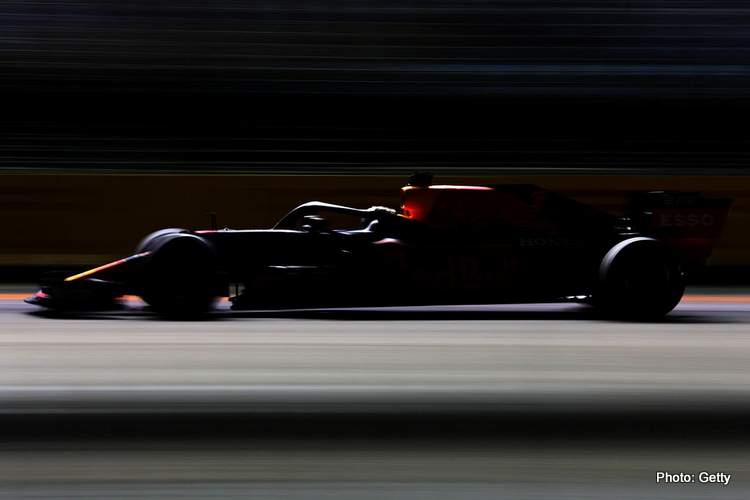 A tense and tight qualifying session at the Marina Bay Street Circuit saw Max Verstappen qualify fourth for the Singapore Grand Prix, while teammate Alex Albon will start his first night race in the Lion City from sixth place on the grid.

“Before the weekend we hoped to qualify higher than the second row but as soon as we were on track we quickly realised that Ferrari and Mercedes were very fast. Yesterday you could see that we all had more to come but clearly they stepped it up more than we did and we didn’t have the pace to challenge for pole.

“Balance wise the car felt pretty decent but we just didn’t have enough grip which we need to look into. I didn’t expect Ferrari to be on pole but they did a really good job and we will have to work harder.

“We came here wanting to fight for the front row and P4 feels a bit disappointing on a track like this where we hoped to be quicker but it was the best we could do and at least we are ahead of one Mercedes. Let’s see, as anything can happen in the race tomorrow.”

“I felt like the car was getting away from me a little bit in Q1 and I was chasing a bit of balance. Then towards the final run we changed a few things, the set-up felt better and I started to get my confidence back as the car’s performance improved. That’s all part of the learning curve and I’m understanding more and more about how to make the car go faster around this track.

“Strategy will be important tomorrow and the tyres don’t look like they’re holding on that well. The track is also very technical so I’m expecting a long, hard race. Of course I would have liked to have finished a little higher up today and there is still work to do, but overall I felt it wasn’t a bad result. I will focus on the positives and take a cold bath before the race and be ready to fight from P6.”

Christian Horner, Team Principal: “After both Alex and Max progressed easily through Q1 and Q2 Ferrari found some incredible pace on their first run in Q3 which looked very difficult to beat. Max was able to improve on his second run but unfortunately, with Hamilton also improving Max dropped from P3 to P4 and will start on the second row of the grid.

“Alex has built on a positive weekend to qualify P6 which is his career-best qualifying and is a good effort for his first time here in Singapore. We had hoped to be higher up the order for tomorrow’s race, but it wasn’t to be. A lot can happen on a street circuit, as we have seen here before, so it should be an interesting grand prix tomorrow evening.”