Honda: Anything can happen 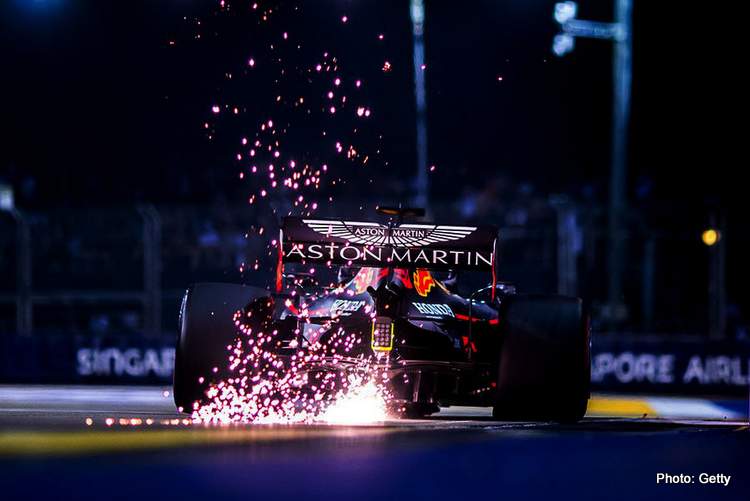 It’s a second-row start for Max and Aston Martin Red Bull Racing at the Singapore Grand Prix while Pierre is well-placed strategically for Toro Rosso after qualifying.

Daniil had a tough Saturday as an oil leak required a precautionary and penalty-free PU change after FP3, which the team managed to complete in impressive time before qualifying. After the missed running in final practice he admitted a scruffy lap cost him as he dropped out in Q1 by just 0.015s.

The other three Honda-powered cars advanced safely to Q2, where Pierre was competitive throughout and nearly made it into the top ten, missing out by 0.119s. He qualified 13thbut will start from 12th place following a gearbox penalty for Sergio Perez, meaning he will have free choice of tyres at the start of the race.

Alex and Max both made it into Q3, where Max pulled out a strong final lap to beat Valtteri Bottas to a place on the second row, lining up fourth for tomorrow’s race. On his first visit to Singapore, Alex struggled with the balance of his car during the session but recovered well to secure sixth on the grid.

Toyoharu Tanabe, Technical Director: “Verstappen produced a strong performance to be the highest place Honda driver, once again securing a second-row start. It was a solid performance from Albon, considering this was his first visit to this tricky circuit.

“Kvyat was unlucky today, as his car had an oil leak caused by an issue between the chassis and PU side at the start of FP3. The best option was to change the PU, allowing Daniil to start Q1 as normal. Tomorrow, as always on a street circuit, anything can happen, so we will prepare as well as possible for any eventuality.”