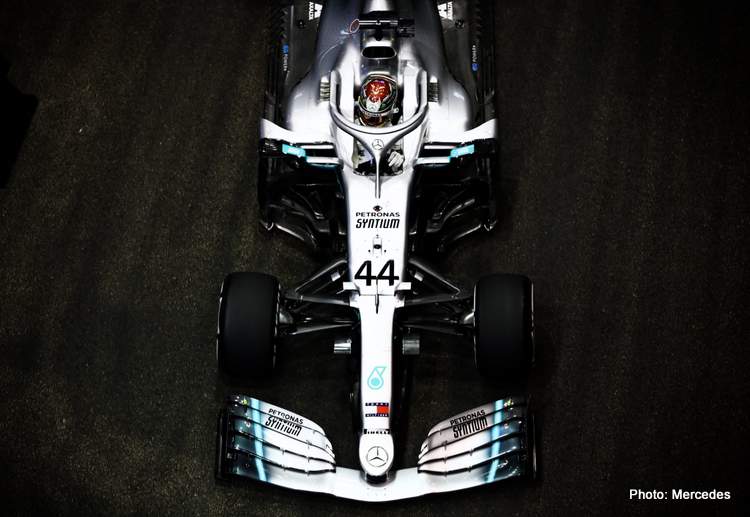 World championship leader Hamilton powered around in a best lap time of 1:38.773 which was 0.184 of a second quicker than Red Bull’s Max Verstappen in second place on the timing screens.

Sebastian Vettel was third in the Ferrari, but a pretty massive eight tenths shy of the top time suggesting powder being kept dry or a problem for the Reds at a venue very different to Spa and Monza where they triumphed most recently.

Valtteri Bottas was fourth fastest but 1.121 seconds down on his Mercedes teammate. The Finn crashed in FP1.

Rookie Alex Albon, on his first visit to the venue, was fifth fastest but nearly a second down on Verstappen’s effort in the #33 Red Bull.

A gearbox issue on the Ferrari during FP1 cost Charles Leclerc track time, and in the later 90-minute session, he was only good for sixth,four-tenths down on his teammate.

A tough first day for the Scuderia in which they also unrolled new updates for the SF90 in an effort to harness more downforce for their potent PU.

Carlos Sainz was Best of the Rest, the McLaren driver a couple of tenths faster than Nico Hulkenberg in the similarly powered Renault in eighth and Lando Norris ninth in the other orange car.

Worth noting the gap between the haves and have nots in Singapore was 1.272 seconds between Hamilton from Sainz, the same gap covers everyone from seventh to 18th on the grid…

As in the early session, FP2 took its toll on cars as drivers clipped barriers and tagging walls while exploring the edge on a circuit that punishes even the smallest mistakes. Traffic was also an issue which could be a factor in qualifying and in the race when leaders lap the backmarkers. 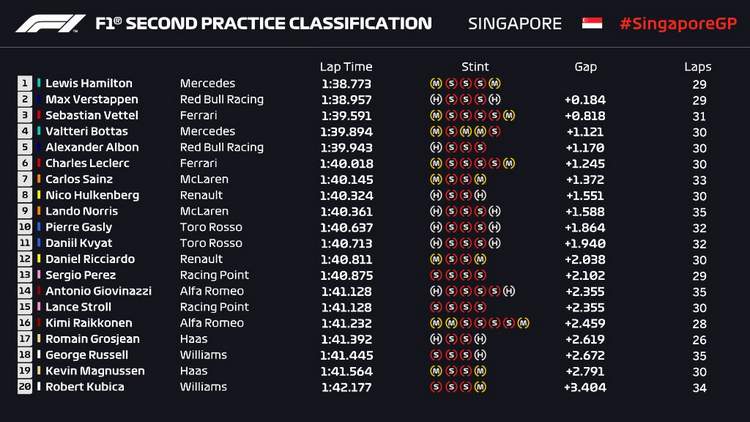