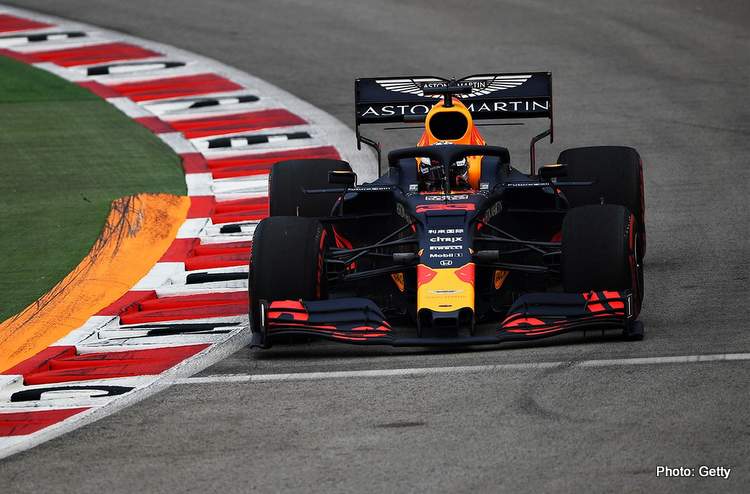 The Dutchman’s best effort of 1:40.259 was a tenth and a bit faster than Sebastian Vettel in the Ferrari in second. His teammate had a technical issue that limited him to 12 laps and no meaningful time before the red car struck trouble.

The Mercedes pair of Lewis Hamilton and Valtteri Bottas third and fourth respectively. The Finn thanked his team for a new contract in the worst way possible, crunching the Mercedes in Turn 19 when he slithered into the unforgiving barriers.

Bottas crunches into the wall at Turn 19 💥#F1 #SingaporeGP pic.twitter.com/f0GprXUiNC

Alex Albon was fifth fastest, albeit 1.2 seconds adrift of his teammate at the top of the timing screens.

Best of the Rest was Renault’s Nico Hulkenberg in sixth, 1.5 seconds down on the top time and best of the Renault quartet.

Next up were the McLaren duo of Carlos Sainz in seventh and Lando Norris eighth, with the Toro Rosso duo of Daniil Kvyat and Pierre Gasly rounding out the top ten in ninth and tenth respectively. 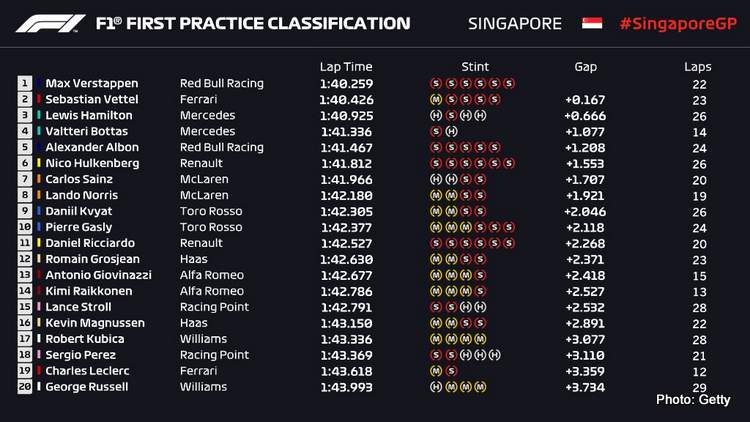