Red Bull: We are competitive 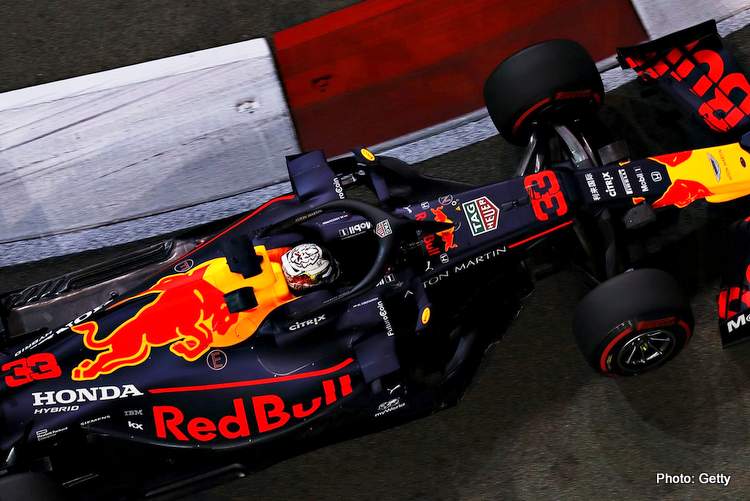 An update from free practice at the Singapore Grand Prix as the Bulls set their sights on the Marina Bay Street Circuit.

The opening session of F1’s famous night race, Free Practice 1, actually takes place in the afternoon heat in Singapore. The session was mostly trouble free except for a brief red flag when Valtteri Bottas became the first victim of the Marina Bay Street Circuit walls.

Max Verstappen got his Singapore Grand Prix off to a flyer completing 22 laps and posting the fastest time a 1:40.259 for P1 in the first session of the weekend.

Meanwhile, Alex Albon got his first taste of the Marina Bay Street Circuit completing 24 laps with a best time of 1:41.467 putting him P5.

We got our first chance to see the Bulls sparkle under the floodlights in Free Practice Two as the Marina Bay Street Circuit came to life after dark. Max looked just as comfortable under the lights completing 29 laps with a best time of 1:38.957 putting him P2.

The session wasn’t all smooth sailing however as Alex bumped into the wall early on losing his front wing in the process. He bounced back though, completing 30 laps with a best time of 1:39.943 which was good enough for P5.

“It was a good day. We are competitive and the car was working really well in both practice sessions. I had traffic in the last sector on my qualifying simulation and I only improved by two tenths compared to the hard tyre run, which means we have more to come.

“I think we look strong on long and short runs but of course, Lewis also looks very fast. It’s not an easy track to understand and it is very bumpy out there but with a competitive car it’s really enjoyable to drive. There are always things that can be improved which we will look at now and this race is 95 percent about qualifying and I’m feeling positive so far.”

“This was not the easiest day. The tyres were a little difficult, especially on the long runs. But I’m focused on my performance and getting used to the car and it is feeling good. The most crucial thing for me now is to get into a rhythm as this is not an easy track. I did have an off which was not so great. I was pushing and had a lock up.

“I hit the barrier which took the front wing off. It did affect my confidence a little, but I was happy that even after that, my lap time was ok. I haven’t been on this circuit before but the sim correlates quite well. This track is so technical with a lot of corners so if I make one mistake it’s over. I need to go for clean driving while also pushing the limit.

“Also, everything over heats, not just me but the tyres and brakes, so that’s going to be an additional challenge. My hope for tomorrow is that I qualify in the second row but we shall see.”