Honda: It’s a good start to the weekend 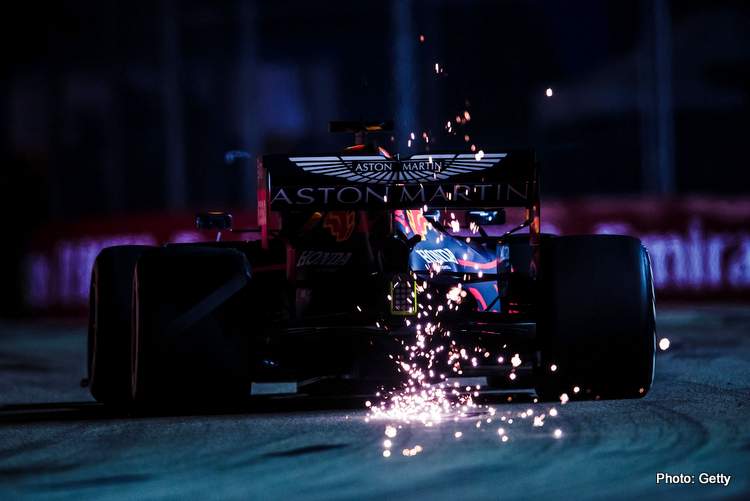 The Singapore Grand Prix weekend got off to an encouraging start for both Honda-powered teams, with Max catching the eye, a front runner in both sessions.

Aston Martin Red Bull Racing led the way in FP1 at the Marina Bay Street Circuit, with Max fastest in the opening practice session and Alex fifth on his first visit to the venue.

It was a strong start for both teams as Toro Rosso also finished the first practice session in the top ten, with Daniil ninth and just 0.072s ahead of Pierre. It was a similar story in the evening session under the floodlights, Max finishing second quickest following the qualifying simulation runs, 0.184s away from the fastest time.

Alex was once again in fifth place, although he had a small incident early in the session when he broke his front wing after running wide at Turn 10, but was able to return to the garage and continue with his programme.

In FP2 the Toro Rosso pair were in reverse order compared to the first session, as 0.076s separated Pierre in tenth place and Daniil one position behind him.

Toyoharu Tanabe, Technical Director: “For the first day of practice for the Singapore GP, we had four cars in the top ten in FP1 and with both teams we were also competitive in the second session, which provides more useful information as conditions are similar to those for qualifying and the race. It’s a good start to the weekend and we hope we can continue like this for tomorrow’s qualifying.”