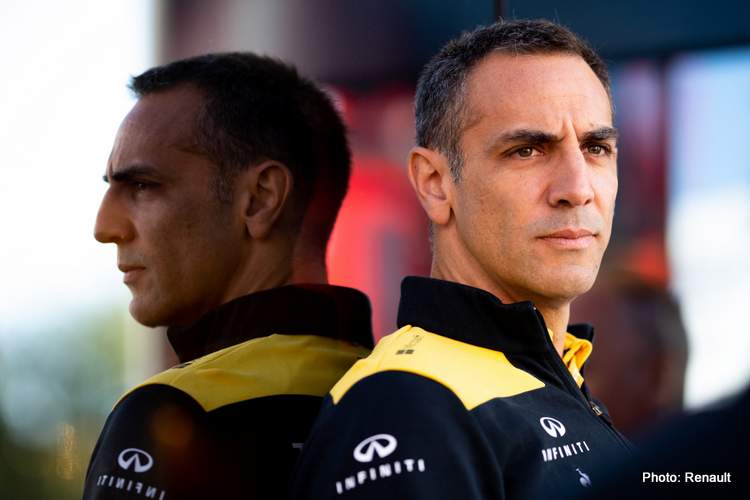 A quiet week between the second pair of back-to-back races, what the past seven days have lacked in concrete news has been made-up for with intrigue and opinion.

Max on the Block for 2021: It’s the story that has the potential to dominate the news cycle come this time next year: where is Max Verstappen heading when his Red Bull contract is up after 2020?

Fascinating on a number of levels, you could make the case that each of the big three teams would look to sign him up – and let’s throw in McLaren as a super dark horse – or that for Ferrari and Mercedes he simply wouldn’t be worth the trouble. A lot of it depends on the confidence in their own drivers, what Lewis Hamilton and Sebastian Vettel’s future plans are, and how Red Bull fares in next year’s championship. From Verstappen’s side, you can be bet he (or perhaps more accurately, Jos) tries every trick in the book to finagle his way into a title-winning car, and that is guaranteed fireworks.

Abiteboul Backs Engine, Blasts Chassis: Another week, another er… interesting statement from Cyril Abiteboul. Having taken P4 and 5 at Monza, the Frenchman was quick to trumpet Renault’s progress with the power unit, while admitting the “weaknesses of the car are still here” as he seeks a return to the podium.

If you’ll allow me to put on my “Mr. Negative” hat for a moment, I would argue Renault’s strong showing in Italy was actually in spite of the engine, as their power deficit to Mercedes and Ferrari forced them to take risks with a heavily-trimmed aero package, which just happened to pay off. In any case, assuming Abiteboul is correct and the chassis is the problem, how does that make him look any better?

After all, this is his fifth year in the job as team principal, and now he’s saying all he has to show for it is an okay engine and a crap chassis? That seems like an awful lot of nothing for a guy with oversight over both aspects of the car. I mean, I appreciate the honesty, but does this seem like the sort of guy who should be getting a year six?

Montoya Speaks Up for Seb: It’s the question everyone’s wants an answer to: what’s going on with Sebastian Vettel? According to Juan Pablo Montoya, the issue is with the car, not driver.

Relating Vettel’s struggles to his own with McLaren in the 2005 and 2006 seasons, the Colombian is of the mind the Ferrari does not suit the German’s driving style, which in turn is costing him pace.

While Montoya certainly has a point, I don’t think he completely absolves Vettel either. Not every car drives the same, and Vettel certainly isn’t the first great driver to struggle to adapt, but how does that excuse mistakes like Germany ’18 and this year in Canada? Did the car suddenly throw up a new wrinkle, or did something happen between-the-ears that caused him to spin out of winning positions? I think even Montoya would agree it’s the latter, not the former, and that speaks to a driver who, comfortable in the car or not, is not mentally in the place of a potential five-time world champion.

Briatore Laughably Defends Alonso: A former businessman, team principal, fugitive and manager, Flavio Briatore has apparently now set his sights on comedy, at least if his most recent remarks defending Fernando Alonso are any indication.

Responding to Red Bull boss Christian Horner’s claim the Spaniard brings “chaos” to his teams, Briatore called Alonso a “real team player”, which is a bit like calling Helmut Marko a “patient employer”.

Sure, Alonso is one of the sport’s all-time greats, but Horner has a point. This is the guy at the centre of spygate, crashgate, “Felipe, Fernando is faster than you”, and the McLaren-Honda disaster, to name a few. He is many things: a team player is not one of them.