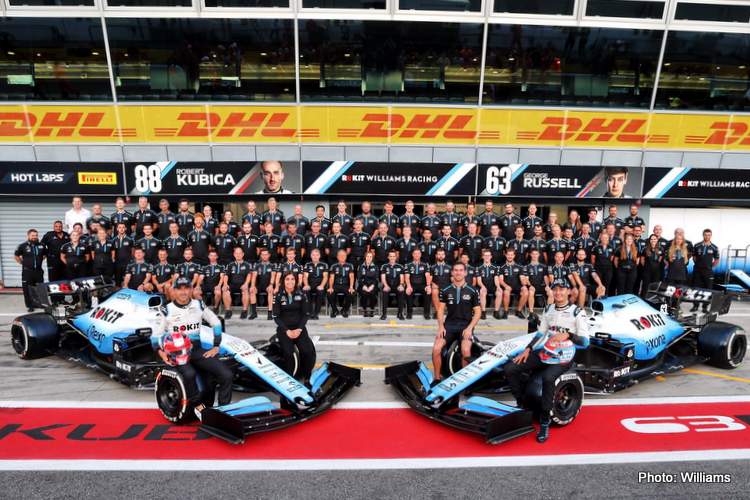 Round 15 of the FIA Formula 1 World Championship and we head to the bright lights of Singapore for the original F1 night race.

The Marina Bay Street Circuit is one of the most physically demanding on the calendar; its tight and twisty nature combined with high humidity provides a stern test for both car and driver. Racing under the glare of thousands of floodlights through the centre of the vibrant city-state, it is no surprise that the Singapore Grand Prix has established itself as one of the most anticipated races of the year.

Dave Robson, Senior Race Engineer: “In complete contrast to the previous two races, Singapore is a low speed, twisty and bumpy street circuit. Downforce is very valuable, and it can be said that Marina Bay lies roughly between Monaco and Hungary in terms of general set-up.

“Robert has raced here before in F1 and so has a good understanding of the challenges and compromises demanded by this unique venue. For George it will be his first-time racing in Singapore, but it won’t take him long to appreciate what a great but testing circuit this is.

“We return to the very softest of the Pirelli tyre compounds for this weekend, a combination not seen since Canada in June. They should be well suited to Singapore but will require some careful management during the race, especially for the drivers that want to avoid making a second pitstop.”

Robert Kubica: “Singapore is a typical street circuit in that it is very tricky. The hot and humid weather presents a challenge, and the track demands a lot from the car and driver. Singapore has a great atmosphere and as we race at night, it is certainly a very unique Grand Prix.”