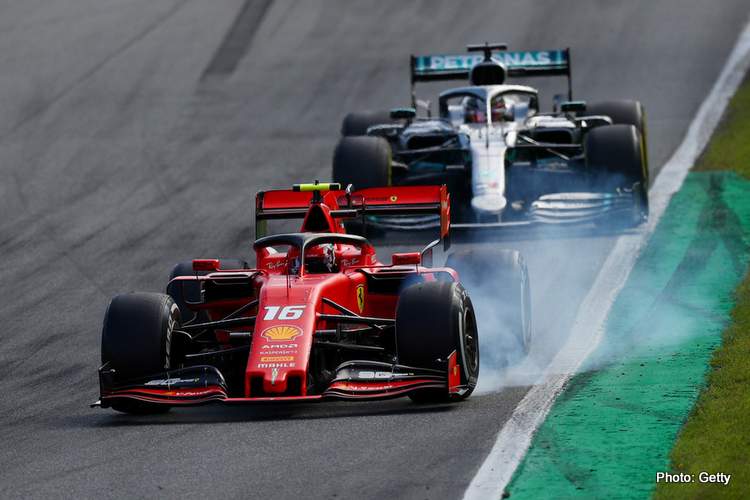 “Charle Leclerc’s victory in Sunday’s Italian Grand Prix was very impressive, a fantastic performance under a lot of pressure from both the Mercedes drivers,” wrote Mika Hakkinen in his latest Unibet column.

Reflecting on a drama-packed grand prix at Monza, Hakkinen continued: “He is only 21-years-old and in his second year of Formula 1, but he showed a lot of maturity in being able to absorb pressure and defend his lead from every attack.

“To win for Ferrari, in Monza, is a day that young man will never forget. An important win for him, for the team, and for teammate Sebastian Vettel. Coming only one week after Charles won the Belgium Grand Prix, this confirms his status as the best performing driver in Ferrari.

“Winning in Spa gave Charles momentum, and in Monza he used that to continue running at the front. Taking the success from one race to the next is precisely how you eventually win a World Championship.

“Ferrari team boss Mattia Binotto now has a situation where his number one driver Sebastian is being beaten by the young number two driver, and that could potentially cause tension.

“However, Sebastian is a very mature racing driver and, as a four-time World Champion, he will realise that good times and bad times happen during every career. He had a bad race on Sunday, which meant that he could not even support Charles when the two Mercedes cars went after the lead Ferrari.

“I am sure that Sebastian will of course realise that Charles has done a brilliant job, and that he needs to restore his reputation with a win soon.

“A lot of media have commented on the decision by the Stewards not to penalise Charles for defending aggressively on lap 23 at the second chicane, causing Lewis Hamilton to put a wheel on the grass and narrowly avoid a collision. As a flat-out racing driver, I think everyone knows I love hard racing.

“After the 5-second penalty in Canada which completely ruined a great race between Sebastian Vettel and Lewis Hamilton, the FIA Stewards have clearly decided to let drivers race and only impose penalties when there is no other option.

“On Sunday, the Stewards decided the solution was to show Charles the black and white flag – a warning flag similar to the ‘yellow card’ in football – and I think that was the right outcome. Charles realised he could not repeat the same manoeuvre, Lewis will also have known that, and yet the race order remained the same.

“Looking at the Ferrari situation I think qualifying was an even more important moment than the race in terms of the balance between their drivers. In final qualifying, Q3, Charles benefitted from an aerodynamic tow from Sebastian to get pole position and he was supposed to do the same for Sebastian on the final run.

“Except Charles did not provide that tow and, along with 8 other drivers, they managed to mess up the timings and fail to set a second quick lap. Sebastian was not happy, and I am sure there will be some direct conversations about that inside the team.

“With so much attention being paid to the battle between Charles, Lewis and Valtteri Bottas at the front, it was easy to forget that Renault was having a strong race in Monza. Fourth and fifth place for Daniel Ricciardo and Nico Hulkenberg will have felt like a mini-victory for the French team, and especially for its two drivers.

“Daniel has had a tough season after his decision to leave Red Bull Racing, including watching his former teammate Max Verstappen win two Grands Prix, so a result like this will give him a boost. Equally for Nico Hulkenberg, who has been dropped by Renault in favour of Esteban Ocon next season, it was a positive result at a time when he is considering his future in Formula 1.

“The first eight races this season were dominated by Mercedes. In the last six races we have had two wins each for Mercedes, Red Bull and Ferrari. It feels like a different World Championship, and we have every reason to look forward to the next race in Singapore with anticipation.

“In Monza it was easy to see just how strong Ferrari’s hybrid engine has become. Even with the help of the drag reduction system, neither Mercedes was able to overtake it on the straights.

“Lewis and Sebastian have each won the Singapore Grand Prix four times, while Valtteri, Charles and Max Verstappen have yet to do so. Red Bull, Mercedes and Ferrari have all won there in the last 10 years, so when you look at the current position, anything could happen. Exciting times in Formula 1,” concluded Hakkinen, a double F1 World Champion.