Binotto: Going with hard tyres in Monza race was brave 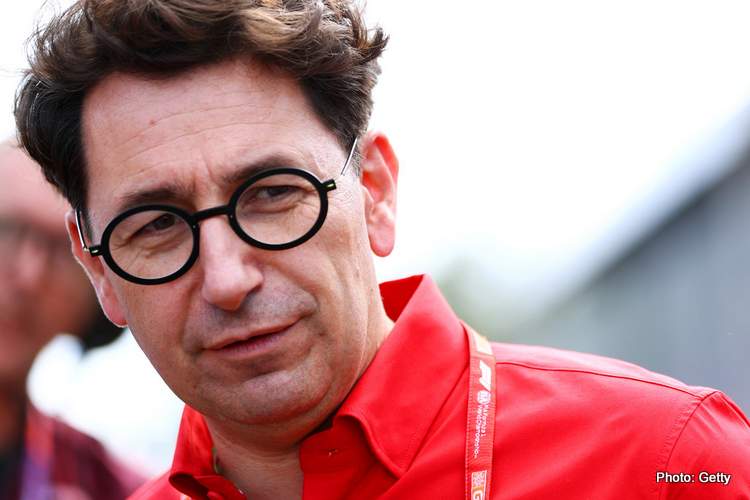 Ferrari team boss Mattia Binotto believes his team hit a home run with the strategy they concocted to keep Charles Leclerc in the lead of their home Italian Grand Prix, which in the end played a big role in the 21-year-olds famous victory on Sunday.

Prior to Monza and Spa the Reds were suspect when it came to pitwall calls, shooting themselves in the feet on more than one occasion. But of late they have their maths on point and are finally able to end their first half of the season victory drought.

Clearly elated, if not overwhelmed, Binoto said after the team’s 237th grand prix victory on home turf, “I cannot tell you what it feels like to be a Ferrari person. Does not matter if you are Team Principal or mechanic – look how much they are enjoying it.

“I think for us it has been a great week, after Spa. Difficult start to the season, so to win two in a row is something special and here in Monza, in Italy, for our fans, very happy; really, very happy,” came his ecstatic summation.

With regards to the inspired tyre decision that sealed the deal for the Scuderia, “We knew that the wear would have been critical, the rear soft tyres were almost to the end on the first stint, and we believed the best way to protect was to be on the hard.

“We knew we could at least try to defend the position on the straights. But we needed to have the right pace at the end so I think it was a brave decision but the right decision.”

“Too long we are not winning here, but we know as well it is very difficult, today has been very tight and tough again, probably starting on pole and staying ahead in the race has been the key factor. So I’m very happy, very very happy… but I am quite tired,” added Binotto.

Big Question: Have Ferrari finally sorted out their strategy woes?