Brundle: It was an extraordinary drive by Leclerc 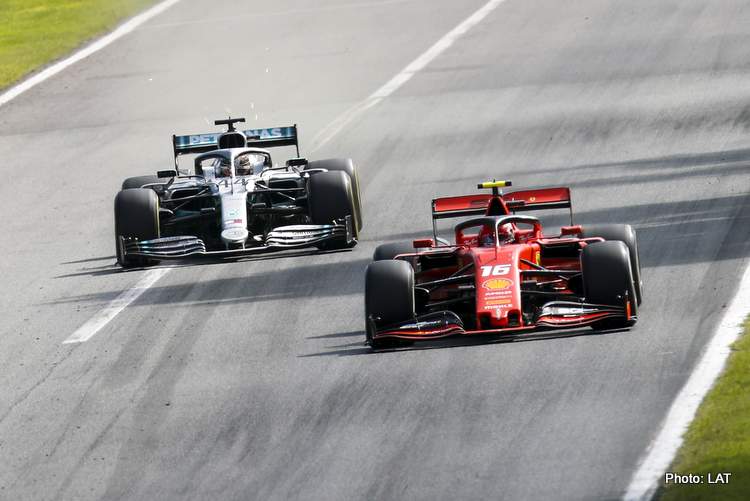 The plaudits are raining down torrentially on Formula 1’s new star Charles Leclerc who in the space of two weekends has entrenched himself in the hearts and minds of not only Ferrari fans but the sport’s aficionados in general.

He was always destined for big things, but that he signalled his arrival with back-to-back victories at the sport’s greatest venues – Spa and Monza – will simply add to his legend and eventual legacy.

Sky F1 pundit and former F1 driver Martin Brundle was as enthused as most F1 fans were by 21-year-old and reported in his post-race review, “Monza was a tense thriller with a fairytale ending. Charles Leclerc may appear to be Harry Potter’s polite younger brother.

“But in combat, his elbows have razor blades, he grows horns at 200mph, and his head appears to be as strong as the carbon fibre Ferrari chassis he steered to a glorious victory on home ground in front of the ecstatic Tifosi in Monza.”

Furthermore, there is a very cany driver in the cockpit of the #16 Ferrari. Starting with the qualifying fiasco he took advantage of by making sure his rivals did not get a final run at his pole-winning time.  The next day he took the dark arts of defence to their limits as he fended off Mercedes attacks.

Brundle recalled, “On a number of occasions Leclerc was very robust in defending, pushing the limits of several regulations. He was lucky to get a driving-standards warning flag rather than a five-second penalty when crowding Hamilton into the braking area of the second chicane, having already been dancing around through the previous flat-out Curva Grande.”

The moves Leclerc made were straight out of the Senna-Schumacher-Verstappen book of dodgy defence tactics. It would not be inconceivable that the young Monegasque knowingly maximised his antics with ‘home track advantage’ and ‘professional foul’ all put to good use during an intense afternoon in Italy.

Brundle summed up, “Leclerc was home and dry and won by eight-tenths of a second, as his lapped team-mate came in an unlucky 13th. As I waited to interview the victor in parc ferme, Vettel cruised through without even a cursory look over to Leclerc embracing the ecstatic Ferrari team.

“It was a pivotal day for [[Vettel’s] relationship at Maranello, and he’s also now nursing nine penalty points on his race licence for that wild return to the track after his unforced spin, which means he is one major incident away from a race ban,” added the Sky F1 pundit.