Bottas: With DRS open we were as fast as Ferrari without DRS 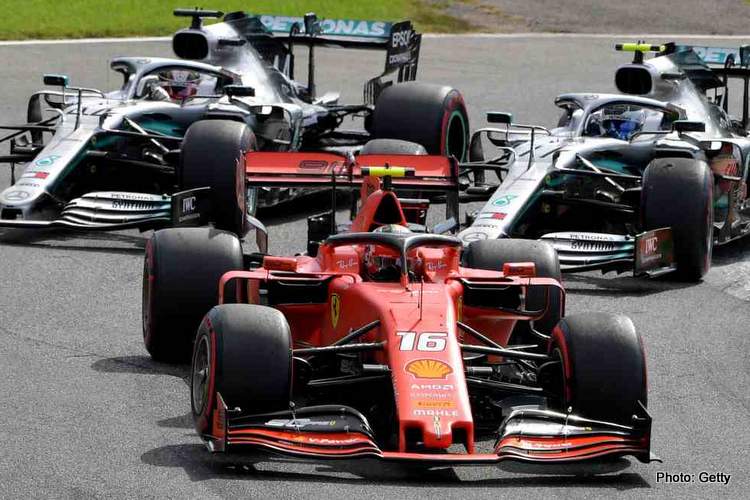 While Ferrari might have the faster car, the Mercedes package on race day appeared to have an edge but neither of their drivers were able to capitalise on this to challenge Italian Grand Prix winner Charles Leclerc.

According to Valtteri Bottas, Ferrari were simply too fast at the Temple of Speed, “I think we had a good strategy with me to go pretty long in the first stint, and that opened up some opportunities at the end. But I’m gutted, you know, I was trying everything I could to get him and there was no way past.”

Lewis Hamilton also had a go but to no avail, making a rare mistake which allowed Bottas to take the fight to Leclerc. In the end, eight-tenths was the difference as they crossed the line – it was close but ‘no cigar’ as they say.

The Finn explained, “We had to get so close to overtake them because they are so quick on the straight that there was no possibility unless they made a mistake.

“When we had DRS open, we [were] the same speed as them without DRS so there was no way to overtake. On the braking, when you get really close, you start to lose quite a bit of load from the front axles then it’s easier to have lockups and small mistakes here and there.

“You’re also sliding a bit more in the corners with a lack of downforce, obviously gaining on the straights,” lamented Bottas who is entrenched in second place in the championship standings.