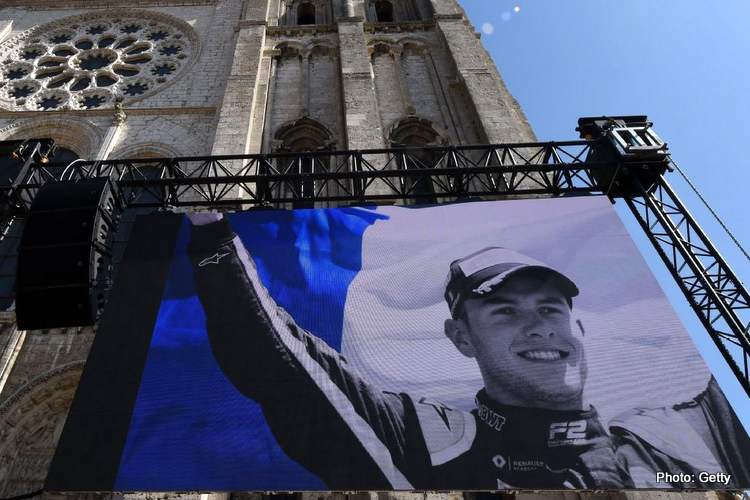 Nine days after his tragic death following a horrific crash in the Formula 2 Feature Race in Belgium, family, friends and fellow race drivers have gathered in France to pay their respects to Anthoine Hubert.

Among those joining the Frenchman’s family at Chartres Cathedral in northern France were several F1 drivers, including Ferrari’s Charles Leclerc and Toro Rosso’s Pierre Gasly, and a number of F2 and F3 drivers, including all of Hubert’s fellow Renault Sport Academy members.