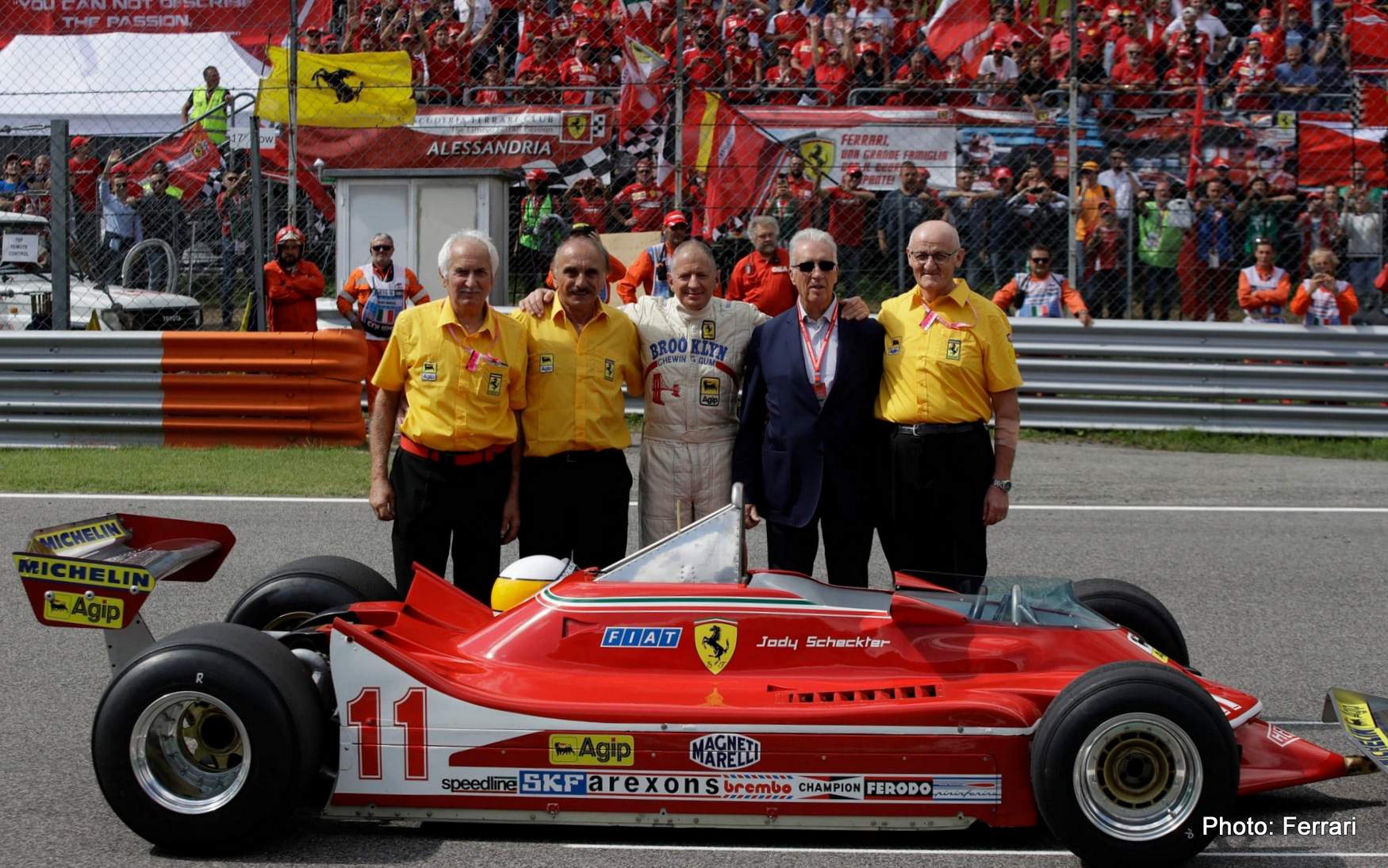 Jody Scheckter took a quick trip down memory lane on Friday by powering his 1979 Ferrari around the fearsomely fast Monza circuit where he won the Formula 1 world championship four decades ago.

“I was supposed to do a commentary (for television). I never said one word. I haven’t driven that fast since I can’t remember,” the 69-year-old South African told Reuters after stepping out of the red 312 T4 car.

“And the circuit’s changed a bit, I have to get used to it,” he added. “I had my earplugs in and everything, but when I got out they (the Ferrari fans) were cheering and clapping and all that. The sound of those cars is just something very special.”

Scheckter won his title at Monza, Ferrari’s home race at a track rich in history and known as the ‘Pista Magica’, after a one-two with Canadian teammate and crowd favourite Gilles Villeneuve.

Villeneuve, who never won the title that he richly deserved but whose son Jacques was crowned with Williams in 1997, died in a crash during practice for the 1982 Belgian Grand Prix.

Ferrari did not win another championship until Michael Schumacher ended the long title drought with the third of his seven in 2000.

The Italian team are again enduring another long run between championships, with Kimi Raikkonen in 2007 still their most recent champion.

Rivals Mercedes have won the last five driver and constructor titles, with both the team and Lewis Hamilton set to make it six this season, after ending Red Bull’s run of four doubles in a row.

“If they (Ferrari) can get the little bits and pieces together, they can win the championship (next year),” said Scheckter, who won three races in his title year and retired in 1980.

“They’re making tactical and driver and everything else mistakes and you can’t do that any more,” added the South African. “Especially with Mercedes and Lewis, they’re a very mature combination.”

Ferrari have won one race so far this year, with Charles Leclerc in Belgium last weekend, but look to be favourites for Monza, a track at which they last won with Fernando Alonso in 2010.

Scheckter, who now spends most of his time running an organic dairy farm in southern England, will also did demonstration laps in the car before qualifying and the race.

And it’s finished! Fantastic weekend in Monza with my 312 T4, my old mechanics and my family. Thank you Monza, thank you Italy! Congrats to @Charles_Leclerc too – I’ve not been as excited for young driver in a long time! #ItalianGP #F1 pic.twitter.com/tCMc6GLUGP