Engine concerns for Ferrari and Mercedes at Monza 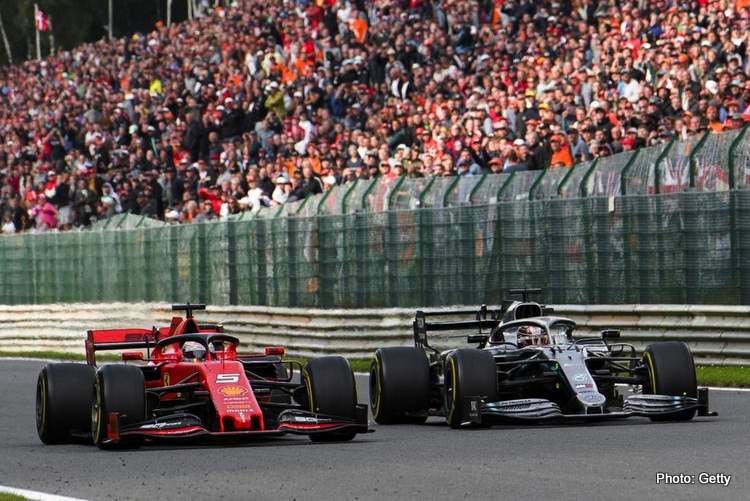 Ferrari and Mercedes have been making international headlines and the latest scoop involves concerns regarding the reliability of both Formula 1 makers’ engines.

What was considered to be a triumphant win for Ferrari in Spa, turned to be a concern regarding the summary of failures both teams faced on the track.

The Italian Grand Prix takes places over the weekend of the 6th of September and concludes on the 8th  of September. Naturally, there are always concerns for teams but engine concerns would have any driver wondering if the outcome was due to engine failure which could have been solved in any amount of short time. This is a massive race, watched and streamed all around the globe.

Even a Nigerian sports betting site brings in appreciated attention, urging all racers to be on top of their game as the stakes range from dollars to really any currency hosted by sportsbooks.

In the past Belgium race, all 6 Mercs took to the tar and expected to make it through without any further penalties however, this was not meant to be. Perez was amongst the first to suffer a failure followed by Robert Kubica. The relapse had both drivers moving from the Phase 3 units back to Phase 2 for the remainder of the race.This left the newer units back at the workshop where they would be assessed for improvement.

Torger Wolff, Mercedes boss and former racing driver, addressed the press and voiced his concerns regarding the Mercs heading into the future races. Until the units have been assessed and clear reasoning delivered for the reason of failure, Wolff admits he feels concern regarding the next races. Although he went on to reason the setback was a small one, it still affected the team if only just a tiny bit. He also told the media that Mercedes wasn’t taking any risks in this race and that the failures appeared different and needed to be understood.

Mercedes wasn’t the only one to feel the crunch at Spa; Ferrari introduced its new engine in racers cars, Romain Grosjean and Kevin Magnussen and Antonio Giovinazzi. It was Giovinazzi to experience engine failure in the qualifying race and again, the team expressed concern for their upcoming race in Monza. The engine returned shortly after the race after being disassembled and investigated.

He continued to say that Ferrari was on a different platform in terms of mileage and other contributing factors. There are been cars selected to take on the new engine in Spa, but according to Fred Vasseur, there are no immediate plans for Kimi Raikkonen to upgrade his current engine. Any changes now would result in a grid penalty for team Ferrari.

As spectator’s enjoyed the previous race, it goes without saying the Monza race holds many questions and the answers will be found at the closing of the weekend. In the meantime, fans are to buckle up and cross fingers in hopes nothing goes wrong for two of the top competitors in F1.