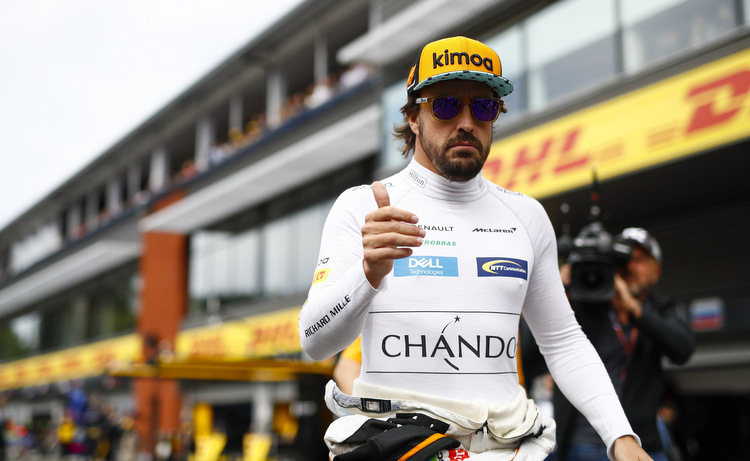 McLaren F1 boss Andreas Seidl has played down suggestions that Fernando Alonso will advance plans to return to Formula 1 this weekend at Monza.

Recently, we quoted McLaren supremo Zak Brown as saying that he will “talk” to Alonso at Monza about the new Indycar project.

“He is aware and we will talk about it at Monza,” he said.

Some reports suggest that Alonso will also take over from Sergey Sirotkin as McLaren’s reserve driver at the Italian GP.

It is a relevant topic, as Lando Norris headed to Spa last weekend with a foot injury.

“If Lando had not been able to drive, then Sergey would have been used,” McLaren team boss Seidl is quoted by Speed Week.

“That was our short-term plan, and if we had more lead time, we would look at different scenarios. But Sergey has been in the simulator and has a seat ready.”

However, it could also be argued that Alonso is better prepared even than full-time reserve Sirotkin, having actually tested McLaren’s 2019 car this year.

Seidl said: “I don’t exactly know what his (Alonso’s) contractual situation is, but Fernando is still part of McLaren.

“Zak talks to him about other programs and if we had a problem we would have to discuss it. Fernando will visit us at Monza, but in his role as McLaren’s brand ambassador,” he added.

“Saying there is no chance is not right because we don’t know what Vettel or others are going to do, but the truth is that for 2020 it’s very difficult,” the Spaniard added.

“Firstly, maybe Fernando doesn’t want it. I think at least this year he wants to concentrate on Dakar. But secondly, I don’t know if there will be any quality seats for him. That’s the reality.”

However, de la Rosa thinks more opportunities could open up for 2021.

“2021? Well, he’s not going to suddenly stop being one of the best drivers in the world. Purely as an outsider, my wish is for him to return.

“For me, he cannot stop without winning another world championship,” de la Rosa said.