McLaren seek answers from Renault after heartache at Spa 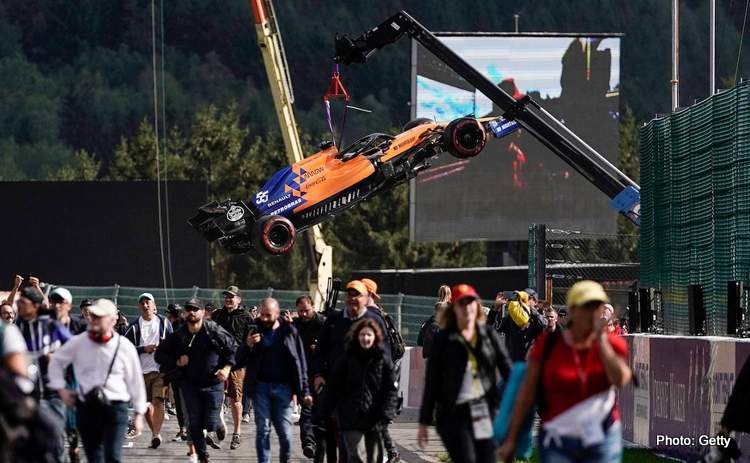 Ahead of the Belgian Grand Prix, Carlos Sainz surprised some in the paddock by saying he “expected more” from Renault’s latest Power Unit upgrade.

The McLaren driver, who raced for the French outfit last year, remarked to Spanish reporters in the Spa-Francorchamps, “There have been three engine evolutions. I didn’t notice the first or the second ones either.”

In the race on Sunday, both Sainz and Lando Norris had issues, the Spaniard’s car suffering power loss on the opening lap, and then o the final lap, while in fifth, Norris suffered a similar fate. It was a cruel weekend for McLaren’s resurgence, and cruelly through no fault of their own.

Shades of the problems that began when things started going south for the Red Bull-Renault marriage not long ago.

After the race at Spa, Sainz threw another undisguised hint the way of his former team, “These two situations are a little unacceptable, so you will have to talk to Renault about that.”

Recently, new McLaren team boss Andreas Seidl said of the team’s engine supplier situation: “In 2020 we have a contract and we will continue with Renault. For 2021, we will see.”

But the Spanish sports newspaper Marca speculates that McLaren could be positioning to secure a customer Mercedes deal, taking over from struggling Williams.

As for the problems at Spa, Seidl said: “We are all in this together and need to analyse what happened.

“Of course it’s disappointing to have two retirements, including a car that could not start the race. But Renault is doing a big effort to get more results this season and that is encouraging.

“It’s disappointing to have penalties and dropouts, but it’s important to have a transparent relationship so we can look at these issues and solve them together. But it was not a problem of excess mileage or the end of engine life, nothing like that,” he added.

Big Question: Is this the start of the first serious spat in the McLaren-Renault marriage?