“Idiot” Giovinazzi to be replaced by Ericsson? 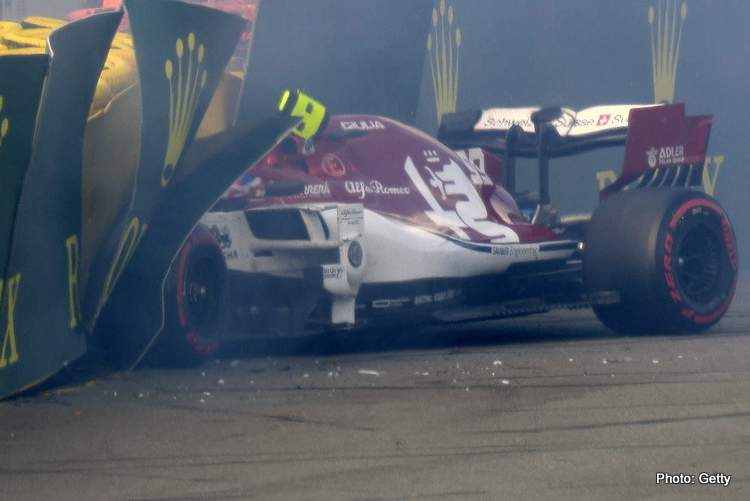 Crash-prone Antonio Giovinazzi’s future In Formula 1 is again under a dark cloud once again as he made a mistake and pranged heavily on the final lap of the race when set to score points.

Prior to Sunday’s Belgian Grand Prix, we reported that the struggling Italian’s Alfa Romeo seat for 2020 no longer seemed in such danger.

“In my view, he is not under pressure,” team boss Frederic Vasseur said.

But the race at Spa Francorchamps then changed everything. This year, Kimi Raikkonen has scored all but one of Alfa Romeo’s 32 points.

However, Giovinazzi was set to comfortably score two points on Sunday until he crashed on the penultimate lap and reported afterwards, “The car has been really strong today and therefore it’s even more disappointing not to finish the race with an accident in the last lap.

“Our strategy was great and we would have been in the points and for this I feel sorry for everyone in the team, but I guess that’s racing.”

Team boss Vasseur added: “I have nothing to say except it (the crash) was unnecessary.”

The Italian, this year’s Bandini Award winner, has been a huge disappointment in his first full season as an F1 driver. Well outshone by fellow rookies Alex Albon, Lando Norris and George Russell.

After his latest self-inflicted error it may come to pass that Alfa Romeo give the Ferrari protege one more race, namely this weekend’s Italian Grand Prix – Giovinazzi’s home race – to prove himself.

In the wings is Marcus Ericsson who might be a better option to the wayward Italian in a car that is clearly a points-scoring piece of kit. The Swede pulled out of his Indycar race at Portland, where he was expected to go well, to fly to Belgium as team reserve as team veteran Kimi Raikkonen had some sort of muscle injury.

It all turned out to be a waste of time for the Arrow Schmidt Peterson Motorsports driver and surely hands him the sympathy vote to jump into the car when Giovinazzi next bins it, as he has done so regularly in his short F1 career.