Vettel: For the team I’m happy but for myself I’m not happy 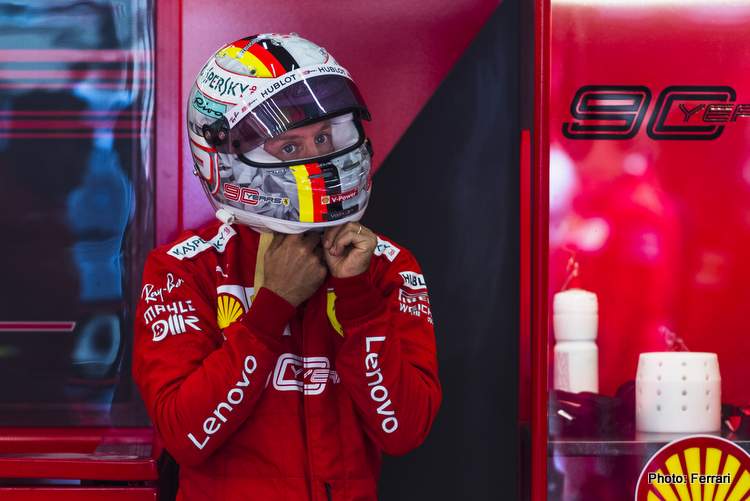 The German, who started second alongside Leclerc, struggled from the outset to extract the race-leading speed the 21-year-old, who went on to win ahead of Lewis Hamilton and Valtteri Bottas, was pulling out of his Ferrari.

Hoping to end a victory drought stretching to last year’s Belgian race, any chances Vettel had vanished after Mercedes tricked Ferrari into pitting him early.

“For the team, yes, I’m happy,” said Vettel, who finished fourth after making a second pitstop in the closing stages of the race. “For myself I’m not happy. From the first stop onwards, it was clear we wouldn’t be in the fight. So all I could do by then is serve the team.”

His hopes of victory dashed, Vettel switched to a supporting role to help his teammate clinch Ferrari’s first win of the season.

Left out on fading tyres, Vettel had just enough to hold Hamilton up and allow Leclerc to win by less than a second.

In only his first season with Ferrari and second in Formula One, Leclerc has increasingly had the measure of Vettel, who has looked a shadow of the driver that won four titles on the trot between 2010-13.

Aside from taking Ferrari’s first win of the year, Leclerc has three pole positions to Vettel’s one and has qualified ahead of the German for the last six races.

After his win on Sunday, he lies just 12 points behind the 32-year-old in the overall standings.

Used to being a team’s undisputed number one, Vettel, leading after the pitstops at one stage, was even asked to make way for Leclerc.

Ferrari team principal Mattia Binotto explained, “It is never an easy call, I have to say, I think there were not many choices. We had to anticipate Seb’s pit to protect himself from the Mercedes otherwise Hamilton would have stopped and would have undercut.

“So they were on different strategies and early on we thought we were losing time and that would not be the best thing for the team on that occasion,” added the Ferrari team boss.

Big Question: Has the balance of power shifted at Ferrari?