The Day After: A Sombre Sunday 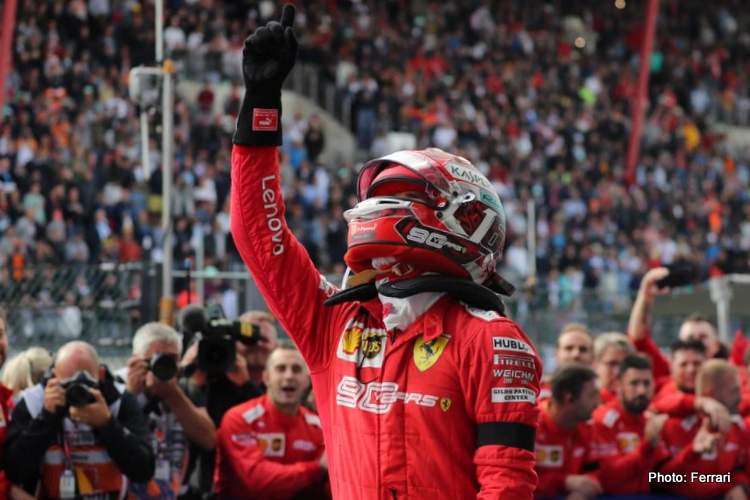 A race that paid fitting tribute to the memory of Anthoine Hubert, Charles Leclerc took what is sure to be the first of many career victories in Belgium on Sunday.

It’s hard to know where to start.

Two days ago, Anthoine Hubert took to the track for the F2 feature race in Spa, ready to do as he had so many times before, and drive a car to the limits of its adhesion in search of a victory. He would’ve been excited, maybe a bit nervous, but above all, hopeful. Hopeful of what he could achieve that Saturday afternoon, and indeed where that afternoon and the many others like it could take him in life.

Unfortunately, as we now know, he won’t get a chance to realise those hopes. After just 22 years on this planet, his race has been run. Here one moment, gone the next. As brutal as it is unfair.

While this isn’t the first death I’ve experienced in my motorsport fandom, I can’t deny it has affected me differently. For the first time, I’ve been confronted with the death of a driver who was younger than I am – by some four years – and that’s made it particularly hard to process.

At 26, I would like to think my whole life is still ahead of me, and that goes even more so for Anthoine. Indeed, whatever he could have accomplished on the race track, that would have only been part of the story of the man he could have become, and the impact he would have had on those around him. I cannot imagine how his friends and family feel right now, knowing Anthoine will never brighten their lives again.

I hope that Anthoine’s passing will be the last we as motorsport fans have to experience, but history says otherwise. Speed and the sack of meat that is the human body simply aren’t a great mix, and with safety continually being improved, it can be easy to forget that fact.

Particularly as someone who tries not to take things too seriously, there are times I’ve definitely overlooked it, but I don’t think I’m alone. Certainly from fans, but even drivers themselves can fail to grasp the danger – at least judging by Pierre Gasly’s comments on Sunday – and if there’s any “positive” to be taken from this tragedy, it’s the stark reminder it offers.

Moving forward, I hope that lesson is learned, but in any case, to put your life on the line in the pursuit of doing something you love makes you deserving of a respect that goes far beyond the sport. From the fastest to the slowest, it doesn’t matter, they’re all truly remarkable people.

On a more positive note, it was fantastic to see Charles Leclerc finally take his first F1 victory on Sunday. Understandably, he might not have felt much like celebrating, but it was nice that on a weekend where one young life was cut short, another was able to take a step forward on a journey that is just beginning.

Starting 17th on the grid, Albon was nothing short of exceptional, making several overtakes to coming through the field and finish fifth. With Max Verstappen crashing out early, he did exactly what his new team needed from him and picked up the most points available.

Best of the Day: Spa Spectators

Giving a standing ovation on lap 19 for car 19 was a very thoughtful gesture.

“It is difficult to enjoy a first victory on a weekend like this. I grew up with Anthoine, and we competed in our first karting race together with Pierre [Gasly] and Esteban [Ocon] in 2005. These are memories I will keep forever. Losing him yesterday was a huge shock, not only to me but to everyone in motorsport. In a way, I am satisfied having won today to remember him in the way he should be remembered. He was a champion, and this victory is for him.” – Charles Leclerc