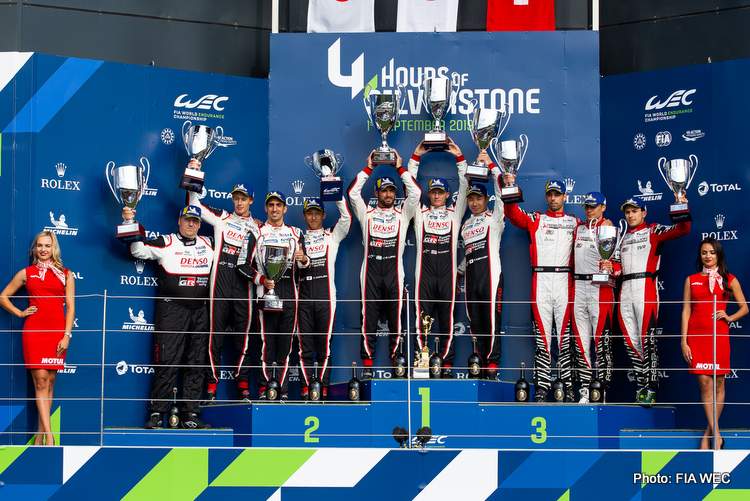 It is the third win for the Japanese squad at Silverstone and despite Mike Conway having won nine WEC races, it marks the first victory for the British driver at his home event. A total of 49,600 people enjoyed Silverstone for the WEC season-opener where 20 British drivers represented their home country.

Toyota claimed the LMP1 runners-up spot with the two TS050 Hybrid LMP1 No. 7 and No. 8 crews separated by just under two seconds as they crossed the finish line. The two Toyotas swapped positions on several occasions, with Kobayashi passing Brendon Hartley at the race’s half-way point following a brief spell of rain.

Porsche Sweep to 1-2 in LMGTE Pro

The Porsche GT Team triumphed in the LMGTE Pro class at Silverstone today as the No.91 car of Gianmaria Bruni and Richard Lietz led home stablemates Michael Christensen and Kevin Estre in the No.92 911 RSR.

It was a well-judged debut victory for the new-look Porsche 911 RSR-19 and ensured that Porsche took its first victory at Silverstone since 2014.

Aston Martin claimed third position at their home event with the No.97 car of Alex Lynn and Maxime Martin capitalising on a late-race penalty for No.51 AF Corse Ferrari which finished fourth.

The victory was made even more impressive considering the Oreca 07 Gibson car lost one of its crew after team-mate Alexandre Coigny was forced to sit out due to an injury he sustained during yesterday’s ELMS race.

AF Corse Triumph in LMGTE Am

In LMGTE Am AF Corse made up for some of its LMGTE Pro class disappointment as the No.83 AF Corse entered Ferrari 488 GTE Evo took a well-judged victory.

Francois Perrodo, Emmanuel Collard and Nicklas Nielsen claimed the win after taking the lead of the ultra-competitive class in the final hour. 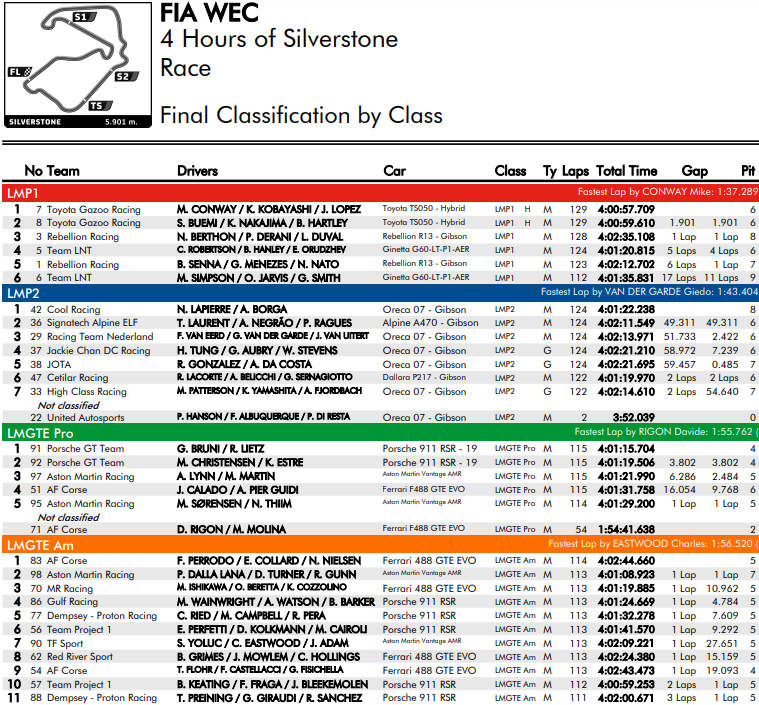