Williams: Overall the car was not well suited to Spa 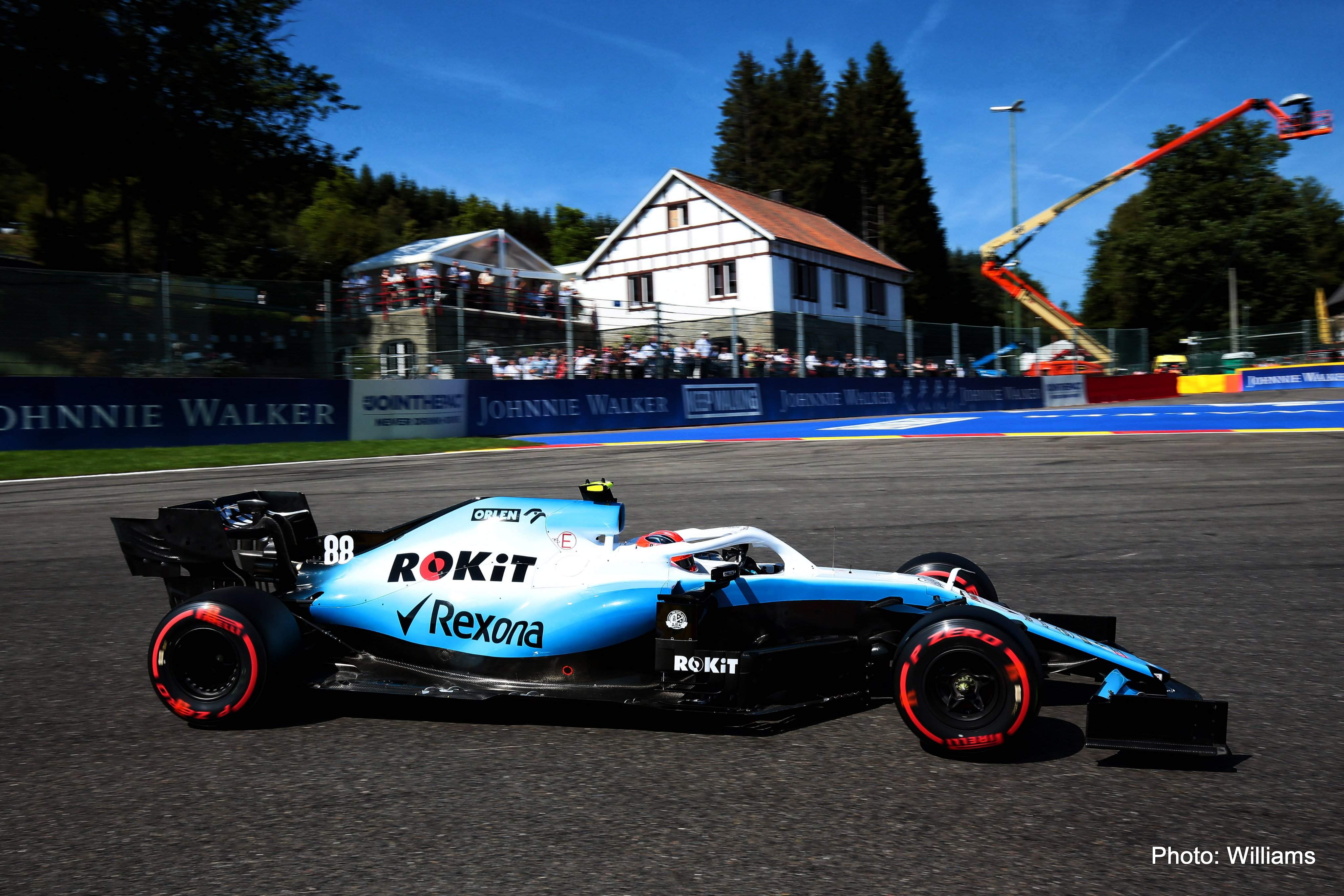 Williams report from the Belgian Grand Prix, Round 13 of the 2019 Formula 1 World Championship, at Spa-Francorchamps.

Claire Williams, Deputy Team Principal: “It’s been a very difficult weekend for everyone in Spa, following the tragic death of Anthoine Hubert. Today we raced for Anthoine, a young talent that was sadly taken far too soon. From all of us at ROKiT Williams Racing, we send our deepest condolences to the family and friends of Anthoine Hubert.”

Dave Robson, Senior Race Engineer: “Both drivers completed solid one-stop races and brought the cars home in one piece. Following Raikkonen’s early contact we were able to race him, with George able to stay ahead. A frustratingly timed blue flag for Vettel meant that Robert was unable to stay ahead despite having enough pace to do so. Overall though the car was not well suited to Spa and racing on the long straights was difficult.”

Next week we will be in Monza for the final European race of the season and we will approach the weekend as we always do and will adopt some of the learning points from this weekend. However, for now our thoughts remain with the family, friends and colleagues of Anthoine Hubert and we congratulate Charles on his maiden Formula One win.

George Russell: “It’s been a difficult day for everyone with the devastating news. Anthoine was a really great guy and I hope we did him proud, racing in his honour.

“I didn’t make a good start, I was forced to the outside and then I saw Raikkonen going through the air with a lot of debris. I committed to the escape road, then when I came back on Verstappen was going slow, so I lost a lot of positions.

“Our pace was ok, although I don’t know the end gaps to the guys ahead of us. Overall, it was quite a lonely race. This was always going to be the toughest race of the year for us. Next weekend we must reset, fight and see what we can do.”

“The pace was not too bad, although I had a bit of degradation with the medium tyres in the early part of the race, then it stabilised, and I managed to resume pace. We put the soft compound on for the last part of the race and I was managing to keep Raikkonen behind, but I was a bit unlucky with Vettel lapping me.

“He got me into the DRS zone, and with Alfa being nearly 20kph faster than us on the straight line, it was easy for him to overtake me as well.”