Toro Rosso: Drivers were fantastic and a good job by the team 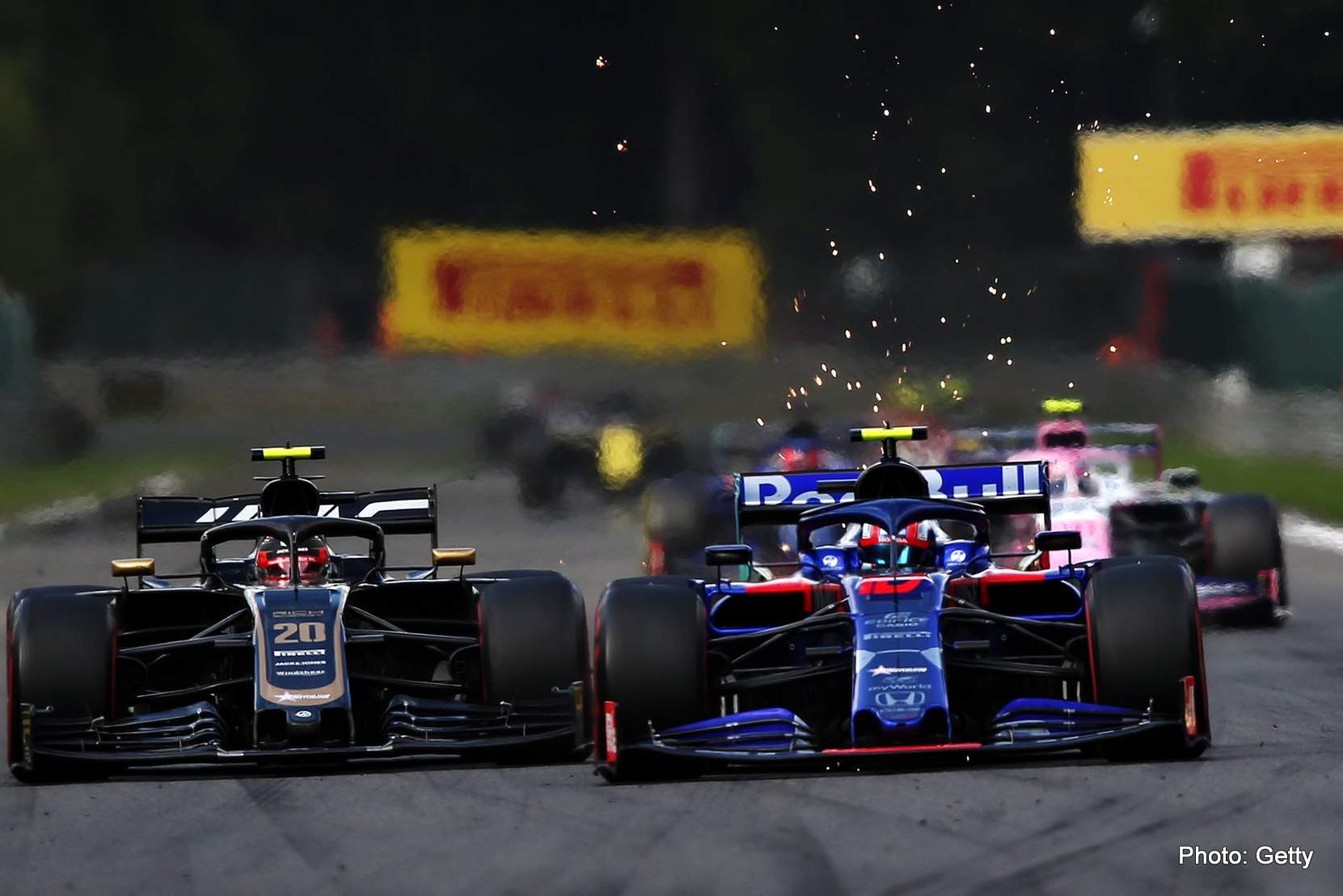 Toro Rosso report from the Belgian Grand Prix, Round 13 of the 2019 Formula 1 World Championship, at Spa-Francorchamps.

Daniil Kvyat, 7th: “We had a fantastic race today, to come from last on the grid to P7 was a great result. We knew that with the cooler conditions it would be much better for our car, and actually we made a very big step in the race.

“Our car seems to perform better on Sundays this year, which I prefer – it’s where you need to be the fastest. We had many overtakes, good tyre management, a great strategy, and today we also had the pace to be competitive. We put everything together and I’m really happy with my racing and the final result. It was a lot of fun.”

Pierre Gasly, 9th: “This was the most emotional race of my career, it was important for me to deliver the best performance I could for Anthoine. In the end it was a good result and I’m happy to get two points on my first race back with Toro Rosso.

“We knew it was going to be a tough race and we really went for it. We had an aggressive strategy pitting early, and we knew we would have to fight a lot on the second part of the race against the other guys on the softer compound. I gave it my best in attacking and defending, we had some good close racing and I’m really happy to score these two points, for the team and for Anthoine.

“I’ve discovered quite a few more things about the car during the race, it’s quite different to the Red Bull one, and lap after lap I could feel it getting better so I’m sure there will be more to come in the upcoming races.”

Jody Egginton, Technical Director: “We said yesterday that we needed to be ready to take any opportunity today to recover from Qualifying, and it’s fair to say we have managed to do this with both cars, and as such, we have consolidated our championship position.

“Both drivers pushed hard from the start, making up positions early on which meant we were able to cover the stop from Hulkenberg with Pierre. This allowed Dany to go longer in order to have fresh option tyres for the last third of the race, so it was good to see the strategy pay off with a good haul of points for the team.

“The drivers put in a good performance, the pit stops were tidy, and the pit wall did a solid job. It’s great to see Pierre settling back in with the team very well, and we now head to Monza with a bit of momentum to continue the fight for P5 in the Championship.”

Franz Tost, Team Principal: “Our starting positions were not as good as we expected but I must say it was a very interesting race for us. We had Daniil starting from P19 because of his PU change, and Pierre starting from P13.

“We decided to split the strategies and have Pierre on the Option tyre and Daniil on the Prime for the start of the race. We were quite lucky in the first corner to avoid the incident between Verstappen and Raikkonen, which meant after the first lap Pierre moved to P9 and Daniil to P11.

“In the first stint we didn’t run into any major problems, and when Renault called Hulkenberg in, we reacted and brought Pierre in as well to switch from the Option to the Prime. He drove a really good race after that, although towards the end, the tyres lost a bit of performance.

Consequently, we switched the drivers’ positions as Daniil had fresher tyres and was therefore faster. He made a nice overtake on Ricciardo which saw him finish the race in seventh position. Even if with very used tyres, Pierre was also able to finish in the points securing 9th position. We take away eight points for the team today, which helps us consolidating 5th position in the Constructors’ Championship.

“It was a fantastic race from the drivers and a really good job from the team, both from the strategy and the operational side. Now we’re looking forward to racing at in Monza, our home Grand Prix.”

Toyoharu Tanabe (Honda F1 Technical Director):
“Three of our drivers, despite starting from the back half of the grid, managed to finish in the points today. Therefore in the end, this can be considered a positive result for both our teams. Both the Toro Rosso cars showed a good pace and the fights involving our own drivers were particularly exciting! On the PU side, the Spec 4 we introduced for the first time this weekend, matched our expectations and we acquired plenty of data to analyse for future use.”