Minute of silence for Anthoine before Belgian Grand Prix 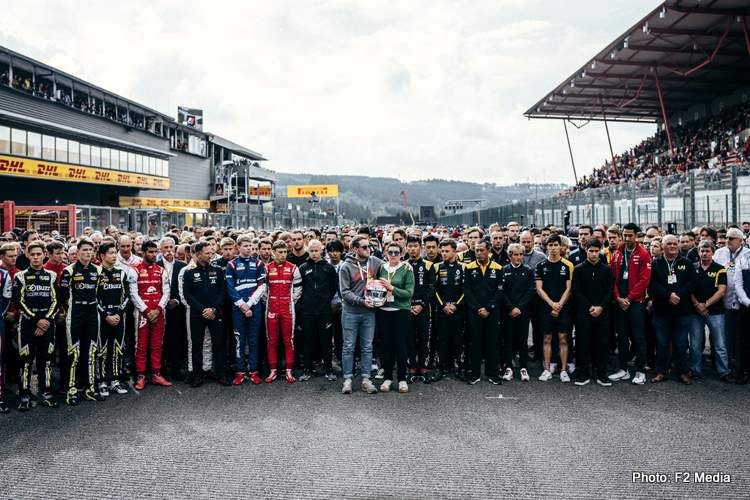 Formula 1 will hold a minute’s silence ahead of the Belgian Grand Prix in memory of Anthoine Hubert who was killed in a crash during a Formula 2 race at the Spa-Francorchamps circuit on Saturday.

The minute of silence will be observed at 14:53 local time (12:53 GMT) on the grid before the race gets underway at 15:10, according to an official schedule.

This was preceded by a morning gathering on the start/finish line with drivers and team members from the junior series’ taking place at the venue this weekend. Present were the late driver’s mother and brother.

A video paying tribute to the Frenchman will also be played on screens around the circuit.

The supporting Formula 3 series, which shares the same paddock with Formula 2, also held a minute’s silence before the start of its second race on Sunday.

The crash that killed Hubert took place on the second lap of the race on Saturday.

He had already gone off into the barriers when Juan Manuel Correa, unable to avoid the Frenchman, collided with his car at high speed at the exit of the Spa-Francorchamps track’s fast Raidillon corner.

Correa, who suffered fractures to both his legs and a minor spinal injury, has had surgery and is resting in intensive care.