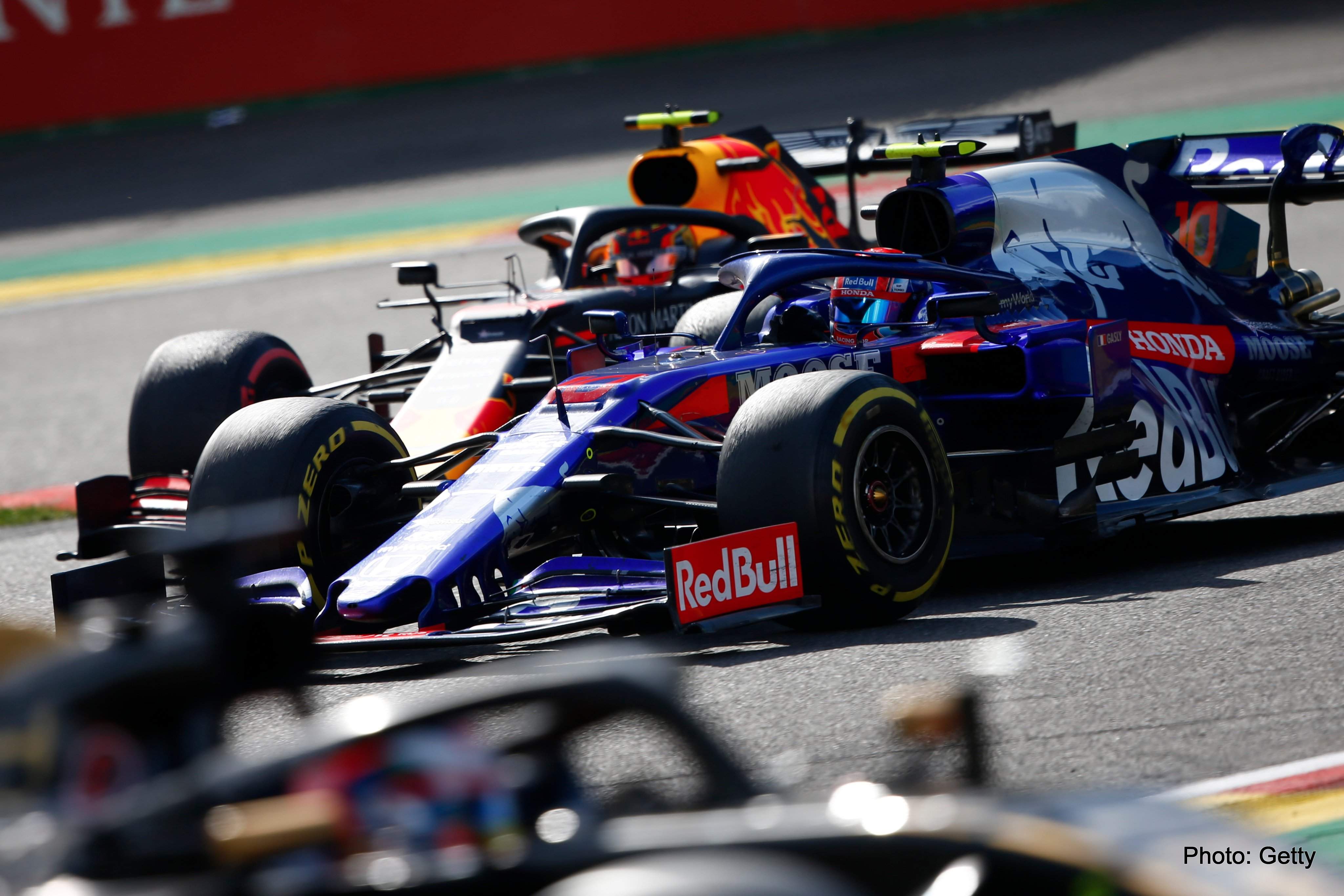 There were points for three of the four Honda-powered cars in the Belgian Grand Prix.

Following the events of Saturday at Spa-Francorchamps, the Formula 1 grid stopped for a moment of silence to remember Anthoine Hubert, before the race, with both Aston Martin Red Bull Racing and Toro Rosso cars carrying stickers reading ‘Racing for Anthoine’.

Unfortunately, Max’s race did not last long as he was involved in contact with Kimi Raikkonen at the first corner and suffered damage that saw him crash soon afterwards, retiring from the race.

That left Alex as the lone Red Bull and he produced an excellent recovery drive after starting from 17th. Alex started on the medium compound tyre to run a long first stint and overtook a number of drivers as he rose into the top ten.

After pitting on lap 23 for new soft tyres, Alex pulled some strong moves including a stunning overtake around the outside of Daniel Ricciardo to move into eighth. In the closing laps, Alex passed Daniil using DRS and then similarly overtook Sergio Perez with a brave move – dropping two wheels on the grass – on the final lap to take fifth place on his Red Bull debut.

Daniil followed a very similar strategy from 19th on the grid, using mediums first and then switching to soft tyres on lap 24. A great start saw him running inside the top ten within 13 laps and he remained in the points throughout, finishing seventh to score six points.

All three cars that finished the race picked up points as Pierre marked his return to Toro Rosso with ninth place. A strong opening stint saw Pierre rise from 13th on the grid to eighth place, but after pitting on lap 13 for medium types he had to run over 30 laps to the finish and faded slightly but did well to hold off Lance Stroll to score two points.

Toyoharu Tanabe, Technical Director: “It was unfortunate to lose Max so early in the race, as the best placed of our four drivers, being fifth on the grid. However, all three other drivers, despite starting from the back half, managed to finish in the points today.

“Therefore in the end, this can be considered a positive result for both our teams. Alex did particularly well in his first race with Aston Martin Red Bull Racing, going from 17th on the grid to fifth, delivering a very strong drive.

“Both the Toro Rosso cars showed a good pace and the fights involving our own drivers were particularly exciting! On the PU side, the Spec 4 we introduced for the first time this weekend, matched our expectations and we acquired plenty of data to analyse for future use.”