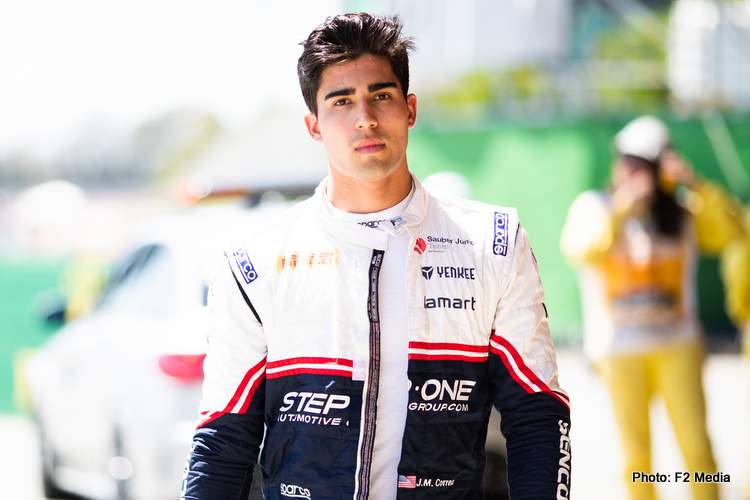 Formula 2 racer Juan Manuel Correa, injured in the high-speed crash that claimed the life of Frenchman Anthoine Hubert in the opening race of the series’ Belgian round, has undergone surgery and is stable, according to a statement on his website.

The 20-year-old American-Ecuadorian suffered fractures to both his legs and a minor spinal injury and is recovering in intensive care.

The statement read: “At the current moment, Juan Manuel Correa’s condition is stable. He was taken by helicopter to a hospital where he underwent surgery. Juan Manuel remained conscious the entire time until his admission to the operating room.”

Since then Journo homas Maher reported on Twitter: “Concern for Juan Manuel’s physical recovery appears to be easing, with Alfa describing his condition as ‘stable’ after surgery last night. A ‘minor’ spinal fracture, as well as fractured legs. Long road of recovery ahead, mentally.”

The accident took place on the second lap of the Formula 2  race at the exit of the Spa-Francorchamps track’s fast Raidillon corner.

Correa, unable to avoid Hubert after the Frenchman had already gone off into barriers, collided with his car at high speed.

Hubert succumbed to his injuries and Correa was taken to the CHU Liege hospital. Motorsport’s governing body FIA have begun an investigation into the accident. The race was initially suspended before being called off.

The series has also cancelled its second race of the weekend, scheduled to take place before the Belgian Grand Prix on Sunday.

Hubert’s death is the first driver fatality at a Formula One race weekend since Ayrton Senna and Roland Ratzenberger were killed at Imola in 1994.

Jules Bianchi, who suffered serious head injuries at the Japanese Grand Prix in October 2014, succumbed to his injuries in July the following year.

“While you keep Juan Manuel in your thoughts and prayers, please also pray for the well being of Anthoine Hubert’s friends and family,” said the statement on Correa’s website. “In motorsports, we are a family, and we lost one of our family members today.”