Renault: We are devastated and will race in memory of Anthoine 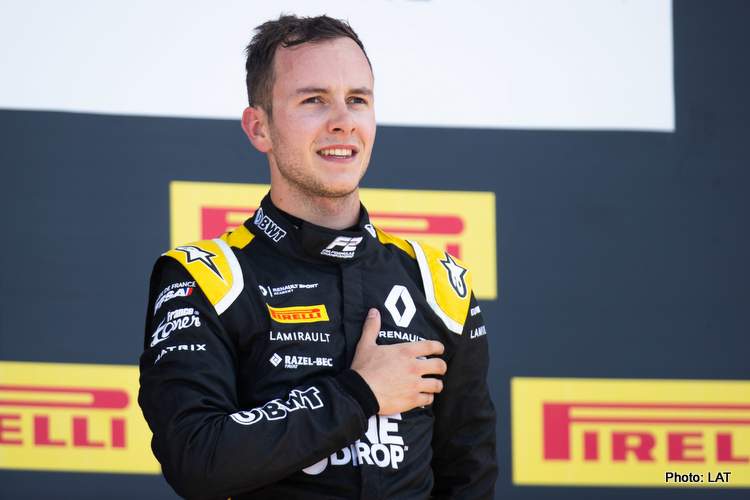 Condolences have poured in honouring Anthoine Hubert, the Renault Sport Academy rising star who was killed as result of a horrific multi-car accident during the Formula 2 Feature Race at Spa-Francorchamps.

Mayhem ensued when cars collided, as the midpack powered through Eau Rouge onto Radillon, with the BWT Arden driven by Hubert disintegrated after making contact and spearing across the track.

Despite efforts to revive the 22-year-old French driver, the FIA reported a couple of hours after the incident: “As a result of the incident, the FIA regrets to inform that the driver of car #19, Antoine Hubert (FRA), succumbed to his injuries, and passed away at 18:35.”

Renault led the condolences sadly lamenting the demise of their driver, while other teams and related organisations released the following statements regarding the tragedy:

Renault Sport Racing is devastated at the loss of one of its brightest young talents, Anthoine Hubert, who passed away today following an accident involving several cars at Circuit Spa-Francorchamps, Belgium.

The 22-year-old Frenchman was racing for BWT-Arden in the FIA Formula 2 Championship.

Anthoine was a member of the Renault Sport Academy and raced in the FIA Formula 2 Championship, the final ladder to F1. As reigning GP3 champion and member of the Equipe de France, FFSA (French Federation of Motorsport), the Frenchman was a huge talent who also brought great energy and positivity to his championship, his teams and the Renault Sport Academy.

His smile and sunny personality lit up our formidable group of young drivers, who had formed tight and enduring bonds. His strong results in F2 this season, including wins on home soil in Monaco and France, inspired not just the other recruits but also the wider Renault Sport Racing group.

Cyril Abiteboul, managing director of Renault Sport Racing, said: “Our thoughts are with Anthoine’s friends and family at this tragic time. Anthoine was a bright young man.

“His performance and conduct on and off-track was that of a true gentleman and it was a pleasure and honour to have had him within our Academy. He will be sorely missed by our teams at Enstone and Viry. His spirit will remain with the team and we will race in his memory.”

Otmar Szafnauer, Team Principal: “It’s almost impossible to find the right words at moments like these, but we are all devastated to hear the tragic news from today’s Formula 2 race. Anthoine was a wonderful person and a tremendous racing talent who had already enjoyed great success in the sport. We extend our sincere condolences to his family, friends, and supporters.”

Following the sad news of the death of Anthoine Hubert at the Spa-Francorchamps circuit in the F2 race, Scuderia Ferrari wishes to offer its sincere condolences to Hubert’s family, while its thoughts are also with Juan Manuel Correa, seriously injured in the same incident.

Mattia Binotto: “It’s pretty much impossible to find the right words in dreadful moments like these. Today’s events are a brutal reminder that this sport that we love so much is still very dangerous. That is why we must all continue to work on safety to try and ensure that incidents like this no longer happen and, on behalf of the Scuderia, I pledge our commitment to working even harder on this front. Everyone in the team sends out thoughts and energy to Juan Manuel as he fights to recover and to the family, friends and loved ones of Anthoine at this terrible time.”

Franz Tost, Team Principal “Sadly today, motorsport has experienced a tragic loss with the passing of Formula 2 Driver Anthoine Hubert. This is a terribly sad moment for the entire motorsport community. On behalf of Scuderia Toro Rosso, I would like offer our deepest condolences to his family and friends at such a difficult time. Our thoughts are also with Juan Manuel Correa in the hope that he makes a full recovery.”

Jody Egginton, Technical Director: “The team is shocked by the news that Anthoine Hubert has passed away following his accident in the Formula 2 race. It has shaken the motorsport family and all our thoughts are with Anthoine’s family and friends at such a tragic time.”

Toyoharu Tanabe, Technical Director: “We are deeply saddened to learn of the death of Anthoine Hubert on the opening lap of the F2 race this afternoon. On behalf of the Honda Motor Company, I offer our sincere condolences to his family and friends. Our thoughts are also with Juan Manuel Correa, injured in the same incident.”

Christian Horner: “The tragic death of Formula 2 driver Anthoine Hubert at Spa today is a reminder of just how cruel motorsport, the sport we love, can be sometimes. In his rookie season, Anthoine was demonstrating to be a star of the future having already won races in Monaco and France this year. On behalf of Aston Martin Red Bull Racing, our thoughts are with Anthoine’s family, Renault and the BWT Arden team, which is close to my heart. Our thoughts are also with Juan Manuel and his family at this time.”

It is with deep sadness that McLaren Racing learns of the passing of Anthoine Hubert in today’s Formula 2 race. The team sends its heartfelt condolences to Anthoine’s family and loved ones, his colleagues at the Arden team, and the entire F2 community.