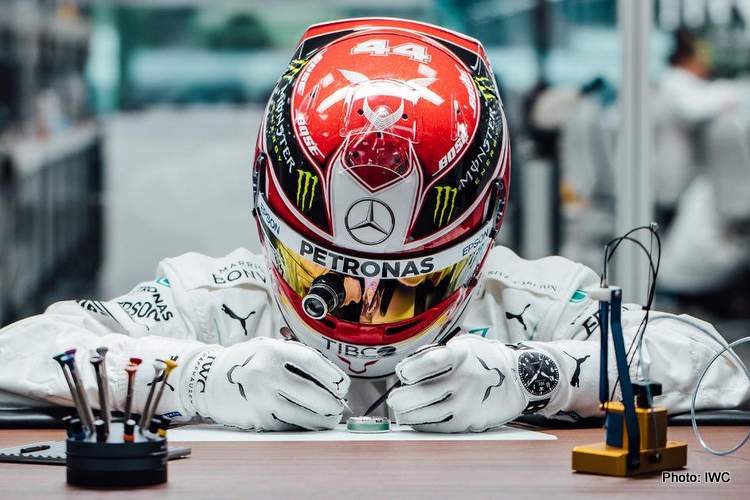 On Friday night, the FIA began investigating whether Mercedes broken Article 21.8 of the Formula 1 sporting regulations amid comments made by their driver Lewis Hamilton as well as post-Belgian Grand Prix quotes attributed to the team

This coupled to self-incriminating comments made by Mercedes boss Toto Wolff in his preview of this weekend’s race in Belgium, may have triggered alarm bells among the rulemakers.

Ahead of the race weekend at Spa-Francorchamps, championship leader Hamilton revealed that he had been in communication with Mercedes during the summer break, “We had a bit of dialogue with the team which we generally don’t usually have during the break, just trying to see what else we can do to improve.”

“Whether it is communication, whether that means arriving one minute earlier to a meeting, or whatever it may be. We are just looking at all areas,” added the World Champion.

But Article 21.8 deems that “competitors must observe a shutdown period of 14 consecutive days”, forbidding “any work activity by any employee… engaged in design, development or production.”

FIA race director Michael Masi, whose officials asked the questions, accepted Mercedes’ explanation that the contact Hamilton referred to was immediately in the aftermath of the Hungarian Grand Prix, before the factory shut down in compliance with regulations.

In the light of Hamilton’s comments, Wolff might need to explain comments he made in the team’s Spa preview: “Our team members in Brixworth worked straight through the F1 summer break to improve the performance and reliability of our Power Unit; in Brackley, we used the relatively quiet days to do some work on our factory.

“Summer shutdown was a welcome break after some very busy weeks in July and early August, but now we’re excited to go racing again. While the majority of our colleagues in Brackley had the chance to recharge their batteries for the second half of the season, other team members were carrying the baton over the past weeks.”

Again, this would need explaining, if not to officials, to fans and media as the statements appear in defiance fo the opening para of article 21.8: “All competitors must observe a shutdown period of fourteen consecutive days during the time that two consecutive Events are separated by at least twenty four days during the months of July and/or August.”

If this is the case Mercedes have been approached for comment upon publishing of this piece.

Be assured Mercedes are not alone in keeping their knives sharp during the summer break, as Ferrari ace Sebastian Vettel inadvertently revealed ahead of the summer holidays: “It will be a busy break for us and nobody’s mind will rest in the next few weeks.”

Whatever the case, summer shutdowns – like budget caps – are packed with grey areas which make monitoring team activities (or expenditures) nigh impossible.

It’s all clever smoke-and-mirrors by the teams, begging the question: Why implement rules that cannot be policed?

Article 21.8 of the Sporting Regulations states: 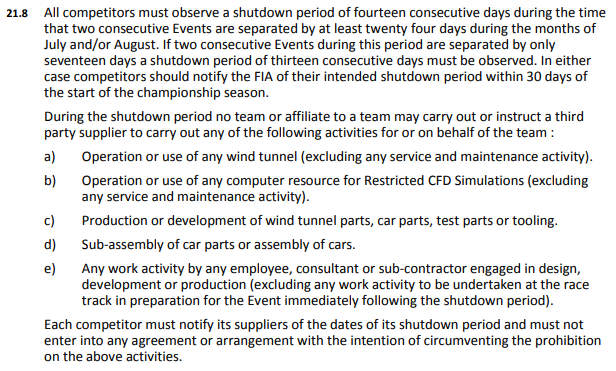