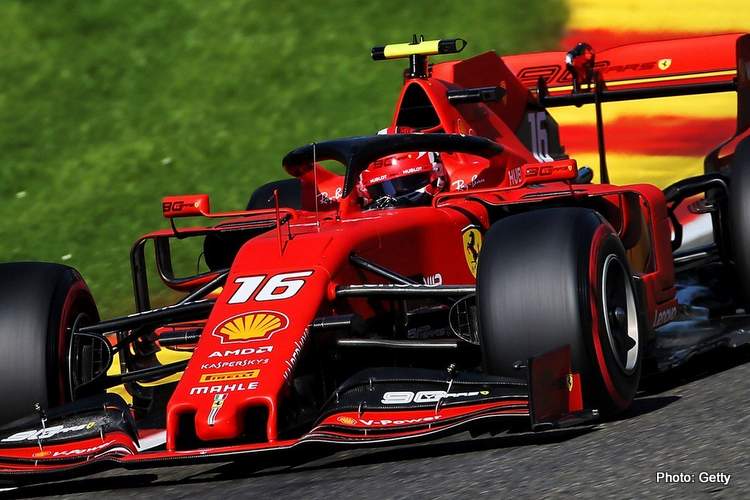 Ferrari set the pace in both free practise sessions on the opening day of the Belgian Grand Prix weekend, Round 13 of the 2019 Formula 1 World Championship with Charles Leclerc edging teammate Sebastian Vettel in FP2 at Spa-Francorchamps.

Leclerc’s effort of 1:44.123 was six tenths up on Vettel who had earlier topped the times in FP1, as the Reds were able to make maximum use of their potent PU package while showing handy race pace vis-a-vis their rivals.

Best of these were Mercedes duo of Valtteri Bottas and Lewis Hamilton in third and fourth respectively, albeit eight tenths shy of Leclerc’s impressive effort.

Racing Point have arrived at Spa with a handy package after a season of woe, with Sergio Perez fifth-fastest using the Spec-4 PU unleashed by Mercedes this weekend. Teammate Lance Stroll was eighth.

Red Bill clearly opted to keep their powder dry in the afternoon after a positive start earlier in the day with Max Verstappen sixth and well over a second shy of the top pace with his Alex Albon four-tenths down on his new teammate which was on;y good for 10th.

Kimi Raikkonen shrugged of a muscle ailment to set the seventh-fastest time in the Alfa Romeo, three quarters of a second up on rookie teammate Antonio Giovinazzi down in 16th.

Daniel Ricciardo, in ninth, was the only Renault powered driver in the top ten. 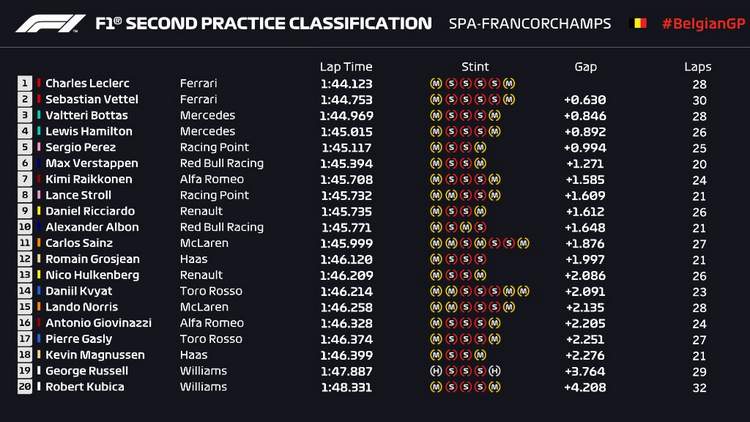