Mercedes: We’re a little off the pace in low and high fuel runs 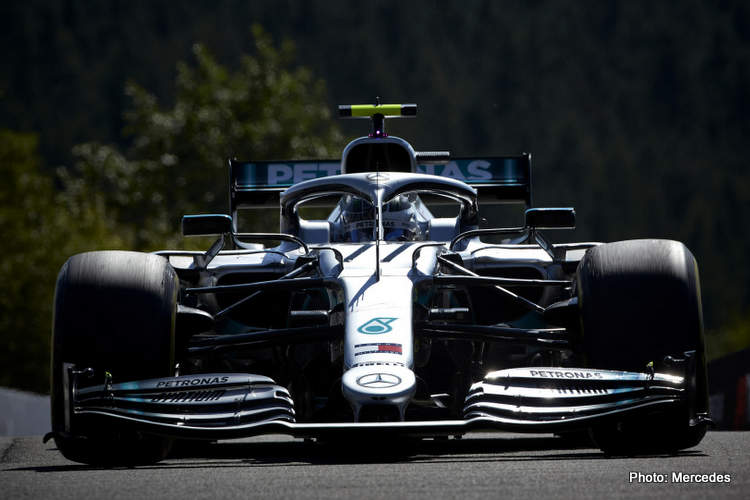 Mercedes report from day one of the Belgian Grand Prix weekend, Round 13 of the 2019 Formula 1 World Championship, at Spa-Francorchamps.

Valtteri Bottas: “It’s nice to be back in the car especially on a track like this, I had fun out there today. We got through our programme as planned, finding small gains as the day went on; it was pretty much business at usual on Friday. We always knew coming here that Ferrari and Red Bull would be quick on this track, but Ferrari have been particularly strong on the straights today.

“We’ll push hard overnight, trying to find every bit of performance we can for tomorrow. We need to make a big step if we want to battle with them, but at least we made some decent gains from FP1 to FP2.”

Lewis Hamilton : “It was obviously not a great start for us in FP1, we had a problem with the throttle pedal, I basically lost power and was idling. I managed to fix it with a couple of switch changes and got the car back to the garage, but when I went out we had another issue.

“It was a bit of a mess, but we got some laps in towards the end. We made some changes for FP2 and the car was feeling a lot better, but we still have work to do tonight. The Ferraris are particularly strong in the first sector, we gain some time back in the middle, and I think it looks quite close between us in sector three.

“They have been strong on the straights all year long, so I had a feeling this weekend might work really well for them. We will have to find a way to apply the pressure this weekend, if we don’t have it on pure pace.”

James Allison: “We made some progress with the car across the two sessions but we have more to do in order to be competitive tomorrow and on Sunday, because we looked a little off the pace in both the low and the high fuel running today.

“The car balance was a bit too much towards understeer this morning and the track surface here is quite a rough asphalt, which makes it pretty demanding on the tyres if you don’t have the car’s balance correct.

“That hurts on both the single lap and the long runs because you can’t keep the goodness in the tyres if the balance isn’t there. It will be small changes that we’re looking for but there’s nevertheless some work to do overnight if we want to pick up where we left off before the summer break.”