Bottas: My target is to be Formula 1 World Champion 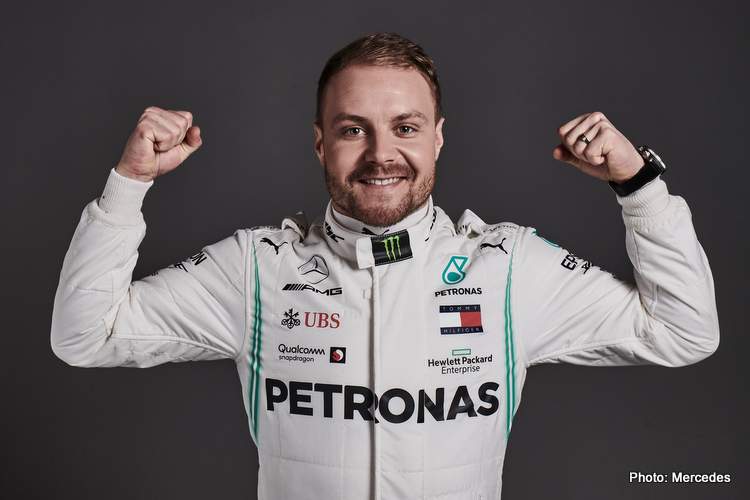 Valtteri Bottas’ 30th birthday celebrations, ahead of the Belgian Grand Prix weekend were made even sweeter by Mercedes giving him a new contract for next year.

The dominant German team gave the Finnish driver a one-year-extension, making 2020 his fourth season alongside world champion Lewis Hamilton. The relieved Bottas signed the paperwork last weekend and then celebrated in style.

“I turned 30 on [Wednesday]. I didn’t have a party yesterday, but the day before I had one. It was a good one,” Bottas said Thursday at Spa-Francorchamps. “I knew by then everything was done, so it was actually nice to celebrate with close people.”

Since joining as a sudden replacement for Nico Rosberg, who retired days after winning the 2016 title, Bottas has had mixed fortunes.

He won three races in 2017, but none last year. He started this season strongly, winning two of the first four races and even leading the championship ahead of Hamilton.

But he has not won any of the past eight races, prompting speculation before the mid-season summer break that he could be replaced by Frenchman Esteban Ocon next year.

Bottas, who has secured 10 pole positions with Mercedes, is second in the world championships but is a distant 62 points behind Hamilton and only seven ahead of third-place Max Verstappen.

Still, Bottas believes he can win the world title next year.

“My overall target is to become Formula One world champion,” he said and added of the job at hand, “My goal for the second half is to be as strong as I ever can. I know what I can do. How we get there is the tricky part of our sport.”

Mercedes head of motorsport Toto Wolff said Bottas’ impressive performances in the early races this year, and his exemplary relationship with Hamilton, proved the deciding factors in him earning a new deal.

Still, the decision may come as a surprise to Ocon, tipped by some observers to get the Mercedes seat after Wolff publicly said last month that Bottas needed to do better.

Bottas crashed out of the German Grand Prix at Hockenheim when chasing a podium finish, unable to get past the considerably slower Racing Point car of Lance Stroll. He then finished only eighth at the Hungarian GP — although he was perhaps unfairly nudged out of position by Hamilton as they challenged for track position at the start.

“It was very openly spoken about the situation between me and Esteban … For sure I was thinking about other options just in case,” Bottas said. “You never want to be left between two chairs in this sport, so I was beginning to make a plan for something else (and) then things started to go the right way. I don’t need to worry now.”

Bottas would not reveal which teams he spoke to, “It’s very private, all the conversations. I wouldn’t ever say the name of a team or a person I’ve been talking to, because I want to keep their trust — and they can trust me.

“I was waiting first for Mercedes to decide, (when) still knowing other teams could be possible if for some reason we didn’t continue. But it turned out good.”

As it did for Ocon, who will be back in F1 next year with Renault after sitting out this season.

You didn’t think we’d forget now did you… 😉