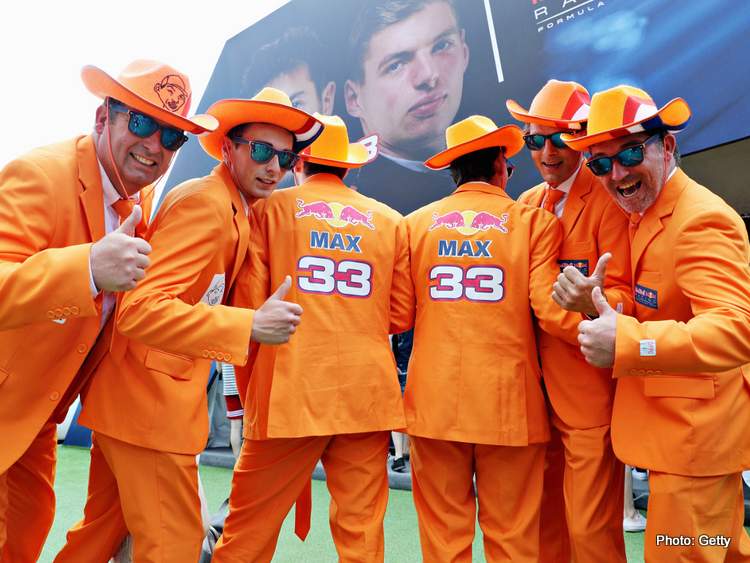 Not since 1985 has the neighbouring Netherlands had a grand prix.

Mas, who has taken over in charge of the Spa race from her father Andre, admitted that over 40 per cent of the entire crowd this weekend will be Max Verstappen’s Dutch fans.

The Red Bull driver was born in Hasselt, Belgium and, while his father Jos is Dutch, his mother Sophie Kumpen is Belgian.

When asked about Zandvoort’s 2020 return to Formula 1, Mas told the Dutch publication Formule 1: “It will have an effect. It is competition but it is also positive for the sport, and therefore it’s good for us too. We just have to work hard to keep the fans happy.

“We may get fewer Dutch, but there is also a gap between our races,” Mas added. Indeed, on the provisional 2020 calendar, Zandvoort is in May while Spa keeps its traditional date at the end of the summer break.

Mas insisted: “We have nothing against the Dutch GP. We sincerely hope that they are successful.”

She said she has spent her “entire life” at Spa-Francorchamps and will make “every effort to keep Formula 1 here.”

But Mas warned: “We do not have the financial resources that others have. We try to make every euro into two. One example: the French Grand Prix is more than 20 full-time people. Here, there are only four of us.”