Hulkenberg: I’m confident to find a good solution for 2020 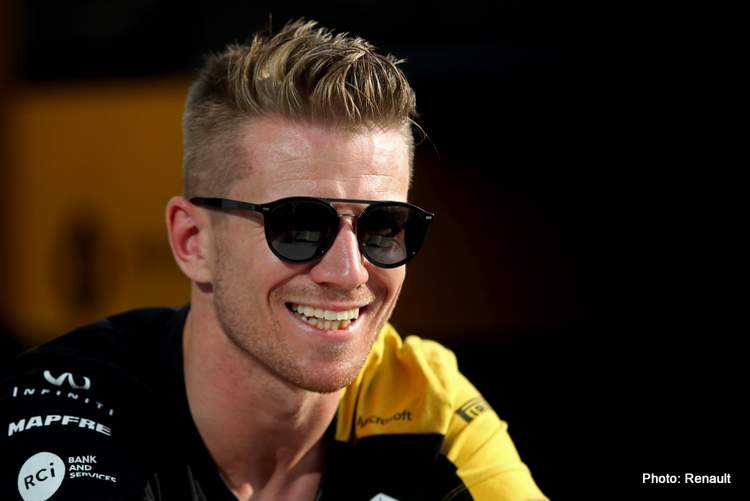 Nico Hulkenberg has ended up being the odd-man-out in the game of musical chairs that resulted in Valtteri Bottas remaining at Mercedes and Esteban Ocon released by the World Champions to join Renault on a two-year deal.

Hulkenberg, who has driven for the French team since 2017, regrets the end of the road has come for him in black and yellow, but at the same time believes he has options on the F1 grid beyond this year.

The deal for Ocon to join Renault was on the cards since last year but the team managed to bag Daniel Ricciardo’s services and the young Frenchman was rendered a spectator this year, albeit form the Mercedes pit garage where team boss Toto Wolff promised their young charge a decent seat on the grid this year.

Thus it is mission accomplished at the expense of Hulkenberg who Tweeted: “It’s a pity that the journey with Renault will end after the season, especially as we haven’t been able to reach our goals yet. We had hoped to take another step forward this season but, unfortunately, we haven’t managed that so far.

“It is well known that the choice of drivers is not only about performance, it is a whole bundle of factors. But that’s the way it is. Surely we would all have liked to see it differently. Nevertheless, I’ll keep my focus and try to reach the maximum success for our team in the remaining races!

“With regard to 2020, I am confident to find a good solution, but there is nothing to announce at the moment,” added the 32-year-old German.

Despite never celebrating on an F1 podium in the 168 grand prix starts he has made since his debut at the 2010 Bahrain Grand Prix, Hulkenberg remains highly rated in the paddock.

That fact, coupled to his experience, will appeal to a number of teams on the grid who are having second thoughts about their driver or drivers for 2020.

Haas and Racing Point are two teams that spring to mind, while a return to the Williams, who handed him his F1 debut, is another option he may consider if all else fails.

And of course, there is Red Bull who are desperately seeking a second driver for their team…

Big Question: Where to now for Nico?

It’s a pity that the journey with Renault will end after the season, especially as we haven’t been able to reach our goals yet. We had hoped to take another step forward this season, but unfortunately we haven’t managed that so far. pic.twitter.com/uj24YC7A6s