Hamilton: I come back focused with work to do 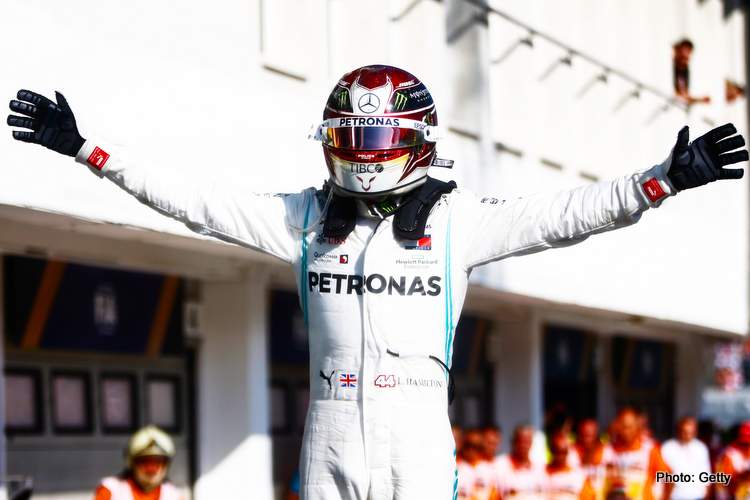 Lewis Hamilton would be forgiven a spring in his step when he arrived at Spa-Francorchamps fired up for the second half of the season, but despite his mammoth lead in the title race remains wary in his quest for a sixth Formula 1 World Championship.

Ahead of Round 13 of the 21-round championship, Hamilton has a lead 62 points to his Mercedes teammate Valtteri Bottas and 69 points up on Red Bull’s Max Verstappen while Ferrari’s Sebastian Vettel is 94 adrift.

Nevertheless, Hamilton is taking nothing for granted and told reporters at Spa, “I didn’t go into it thinking ‘okay, I’ve got this gap, I can enjoy it more. I was going to have a good time whatever the case and make sure I come back focused.”

“I know how much work I’ve still got to do, If I don’t turn up this weekend or the following ones, if I don’t deliver in these next races and [if I] make mistakes, I could easily lose the championship.

“There are points available to turn the tables so I just stay focused as I have been in the past. I really do come back into this second half, like each year, and there are areas I really want to improve on whilst not letting the other areas drop. I truly believe I can do that. Time will tell.”

As for his adversaries, Hamilton pointed out, “It could be either [Valtteri or Max] as main rival. Max is catching up and getting quite close on points [to Bottas], and they’ve got a couple of tracks which should be really strong for them, but they might continue to be really strong for the rest of the year, like at the end of last year. I see them being very much a threat throughout the rest of the season.”

News broke today that Bottas has been retained by Mercedes to continue alongside Hamilton, which put an end to speculation that the Finn would be replaced by Renault bound Mercedes protege Esteban Ocon.

Hamilton explained, “I think Valtteri, now this break – which I’m sure was quite stressful for him, not knowing whether he’s signing or not – is out of the way, he can focus on being the best he can be so I know he’ll come here, and into the second half, very strong.

“You have to look at all the possibilities so, of course, it is still possible. But not’s something I try and worry myself about.

“It’s possible for Valtteri to still win the title. I don’t know how far back it goes, but I’ve just got to focus on trying to deliver every weekend.”

At the power-hungry Spa circuit Mercedes may find a stern challenge not only from Red Bull but also Ferrari are known to have a useful troop of horses buried on the power unit bolted to the SF90 and Last year’s winner Sebastian Vettel will be eager for a repeat to end the victory drought that has plagued him since then.

For these reasons Hamilton is wary of his rivals ahead of not only in Belgium but also next weekend’s Italian Grand Prix, “It’s going to be a real difficult two races. We’ve got a good car but you’ve seen throughout the year that the Ferraris are particularly quick on the straights, they’re going to be a formidable force this weekend and I think their car will work really well here.”

Big Question: How can Lewis lose this year’s title?