Gasly: It was kind of a shock that it happened 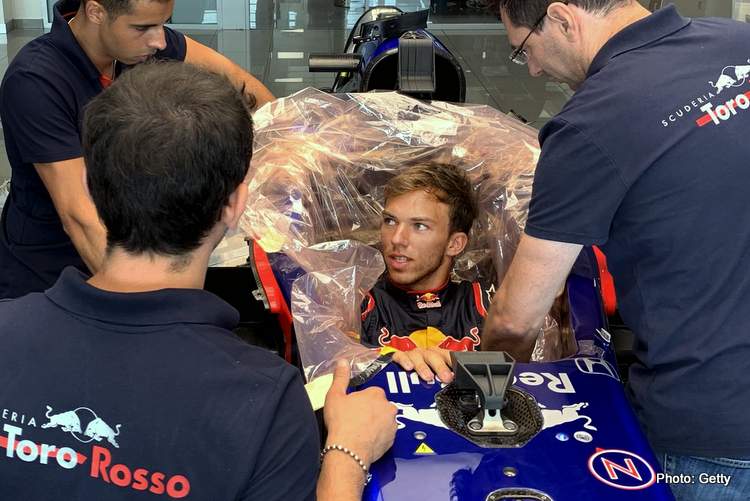 Pierre Gasly admitted he was shocked when he received a morning call from Red Bull driver boss Helmut Marko informing him that he was being demoted back to Toro Rosso and replaced by rookie Alex Albon as from this weekend’s Belgian Grand Prix.

After familiarising himself with the Toro Rosso pit garage that is set to be his home for the next nine races, the Frenchman spoke about the call he received from Marko with the news, “It was at 8.42. It was the morning… And yeah, of course it was kind of a shock that it happened, as it was not what I had been told before Budapest. I think everything was pretty clear and discussed over the last few weeks.”

“Whether I understand it or not, it’s not going to change it, I didn’t spend too much time thinking about it, so the only thing I need to focus on is performing in these nine coming races with Toro Rosso at my best, and this is what I’m going to focus on.”

Gasly also refused to delve into the factors that led to his shortcomings against Max Verstappen in the sister car, “I think there are many but that should stay internally, that shouldn’t be discussed right now.

“For sure, overall there were many things that were going in the right way even though we still had a few issues. Things could have gone better, now I think it’s no point discussing about it and I don’t really want to talk about it because it’s over.”

He also revealed that his return to his alma mater has meant a readjustment to the ‘new’ environment after 12 races with Red Bull, “Everything feels different. In the last seven or eight years I’ve never been more than one year in the same team.

“You always need to adapt, there will be new things, the factory at the beginning of the week was quite hectic… to get up to speed as fast as possible,” he said.

While the demotion is a huge blow to his aspirations to secure a seat with Red Bull for the future, the door still remains ajar for the Frenchman should his replacement fail.

For now, his job is too partner Daniil Kvyat in the Red Bull junior team, regain the form he showed last year and rebuild his downtrodden confidence, he acknowledged, “That’s the only thing I can do, there is no point of talking or explaining stuff that happened; it happened. Things are being discussed with Red Bull and the only thing I want to focus on is performing on track.”

Big Question: Will Pierre ever have a chance with Red Bull again?