Inside Line: Predicting fireworks of sorts at the front 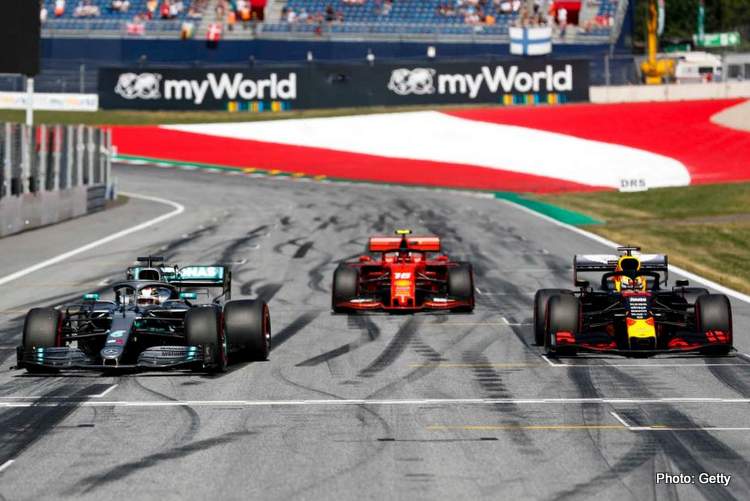 Not sure about anyone else, but Hungary seems a very long time ago, thankfully, on Friday morning the sound of Formula 1 engines unleashed in anger will echo through the Ardennes… and I for one can’t wait for Belgian Grand Prix action to begin.

This piece is my take on what I expect will unfold in the remaining nine of 21 races team-by-team. I have polished my crystal ball and switched on the logic button to come to the conclusions below which serves as an unofficial preview to the final nine rounds of the 2019 F1 World Championship.

I am not buying that everyone has caught up and the playing field is even until I actually have a little proof of this. What their real pace continues to be a mystery that has bubbled since testing began in February.

Stats show that Mercedes claimed the first eight races on the trot, yet in Germany where they should have won they didn’t and in Hungary where they were supposed to be rubbish, they won.

The W10 remains the best piece of kit I have ever witnessed in the near five decades of following this sport, so without consulting my crystal ball I predict it will be business as usual for the World Champions who I will taunt with: all nine races are theirs to lose.

Lewis Hamilton has been supreme and, like his team, he will raise the bar when required. A sixth title beckons within the next half dozen races I predict and Mercedes will cruise to the constructors’ title before then.

With Valtteri Bottas set to be confirmed the wingman in the squadron for another year, expect more one-twos with #44 followed over the line by #77 until the title is settled.

At that point, Lewis may take the foot off the gas to allow the Finn to rack up a few wins unless the world champ decides otherwise as he did at the end of last season.

From where I sit, the championship thing is done and dusted. Logically, the team is opting for stability by keeping their drivers for 2020 and there is no indication that the balance of power between the drivers will shift any time soon.

I know this does not sound very exciting and, honestly on behalf of us all, I sincerely hope I am totally wrong with this one.

With the championship settled, there are still a number of intriguing sideshows to keep us entertained, not least of all those headline generators at Maranello.

Last time I checked they were in disarray. Right now they are led by one man – Mattia Binotto – whose superiors have all but abandoned him and, related or not, the team has taken a pounding on the technical side despite evidence of an immensely powerful PU.

They have gone the wrong way with the aero solutions they followed, while their rivals have continued to extract more and more out of their packages.

Hence we have two drivers, trying too hard and making too many mistakes. Sebastian Vettel has been pelted for his waywardness, while speculation about his future circulated regularly during the F1 news drought of August.

Seb won’t just walk at this stage of his career. The guy is a spring chicken and has many more years ahead of him. Ferrari want him, he wants to stay and Mattia is adamant there is no reason the change his drivers but rather get the house in order.

Charles Leclerc has been a breath of fresh air, keeping his teammate honest and showing him up at times. My notes tell me that the 21-year-old is probably a tad quicker than Seb on a single lap and there or thereabouts when it comes to race pace.

The entertainment for us will be how the dynamics between the two evolve or dissolve because there is always a fine line between tolerance and hate between teammates in motor racing.

Seb has not won since Spa last year, a long year of frustration considering and disappointment has followed while teammate Charlie is keen to get one on the board for obvious reasons.

The Netflix episode between the Ferrari duo will be riveting stuff, but I have a hunch that the juicy stuff between them is still on the cards for the remaining races as the balance-of-power becomes a tug-of-war.

Also amusing will be soundbites by the AWOL John Elkann and Louis Camilleri who appear disinterested in helping Mattia out at the helm, and feel their role is to let the engineer fry in the leadership of his own making. I often wonder what Luca di Montezemolo makes of the apparent lack of interest shown to the team by his successors.

Finally, the Italian media, probably the most powerful ‘team’ in F1, will, of course, keep a microscope on their team and keep us entertained.

What difference a year makes for the energy drinks brigade. The Honda ‘gamble’ has paid off handsomely. The Japanese – with huge F1 pedigree – are back to winning for the first time since 2006 before then, their second last victory, was in 1992.

I mention this because this is a big deal for the company. And after the embarrassment of the McLaren debacle, expect them to ramp up their programme with whatever it takes because with the power Max Verstappen will win even more races than the two he bagged for them so far this year. Renault is a distant bad memory.

Of course, Max will be the box office attraction with all the ingredients to light up the second half of the season. The Dutchman destroyed Pierre Gasly’s career in a dozen races, and now he faces up to promoted rookie Alex Albon.

This battle will be one to watch as it will determine who gets the seat alongside Max next year. Alex was a surprise choice but Helmut Marko is convinced the 23-year-old Thai is the real deal. Time will tell how he shapes up against the guy two years his junior in the sister car.

I won’t say much about this other than Alex has himself a tough task to match, let alone beat, Max but, at the same time, it is good he has a chance to prove himself better than Gasly and Daniil Kvyat who are at Toro Rosso waiting in the wings for the new ‘chosen one’ to slip up.

Good value can be expected by the teams that are joined at the hip because Kvyat has emerged a different bloke and doing his bit to get another shot at the big team which he messed up on first his attempt.

I would expect that the script now is to have Alex do the next nine races for them and then make a call, but there are whispers that if he does not shape up almost immediately he could be out within three races. Conveniently, in time for Daniil to step up for the Russian Grand Prix.

Either way, the Bulls are covered with Max getting maximum attention and likely to do the winning and podiuming. The ‘problem’ of who will be his number two will sort itself out with the spotlight not only on Alex’s amazing adventure but also the Daniil versus Pierre battle at Toro Rosso will be fascinating.

With reference to the ‘fireworks’ in the headline, don’t expect any at Mercedes where it will be more like a church tea party between their drivers.

On the other hand, Ferrari by nature are explosive and anything can happen, as it did at the start of the season so expect more of the same. Expected the unexpected all the time with the Reds.

From the bullpen expect Max to come out stomping and charging, not only to take the fight to Ferrari and Mercedes but, first and foremost, also to destroy the new enemy within, namely rookie Alex.

At the same time, the other trio of boys in blue will be going all out to prove to the good Doctor that they deserve to share a pit garage the #33 car next year and rather than do time at Toro Rosso.

All riveting stuff set to kick-off when the pit lights go green for FP1 at the legendary Spa-Francorchamps.

Big Question: What does your crystal ball tell you about the second half of the season ahead?