Ferrari: We are more motivated than ever 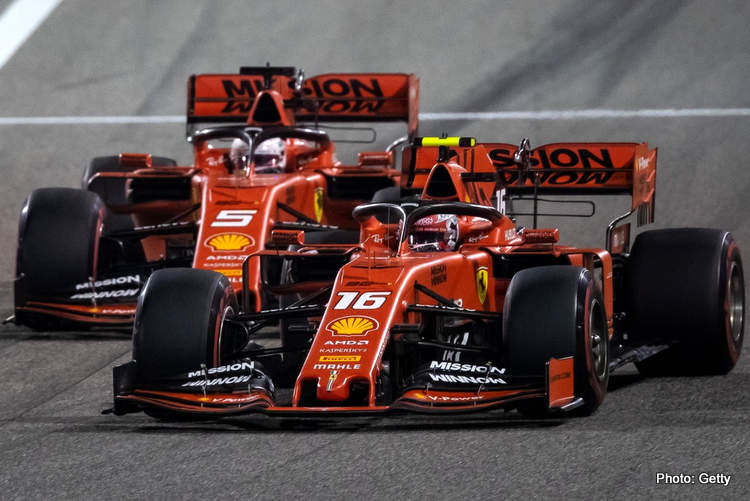 Following the summer break, the Formula 1 World Championship resumes at Spa-Francorchamps, one of the category’s historic venues, having hosted no fewer than 51 Belgian Grands Prix. Sunday sees the 64th running of this event, which Scuderia Ferrari has won 17 times.

Over the years, two other venues have also hosted the race, ten times at Zolder in the Flemish part of Belgium and twice at Nivelles-Baulers, on the outskirts of Brussels.

The Fifties. The first race, in 1950, was won by Juan Manuel Fangio for Alfa Romeo. Ferrari won in 1952 and ’53 with Alberto Ascari at the wheel of the legendary 500. The Milanese driver had a special feeling for this track and reckoned that Eau Rouge-Radillon, the uphill esses section, which is still a breathtaking challenge today, was the best corner he’d ever tackled. Ferrari won again in 1956 thanks to Peter Collins.

The Sixties. Ferrari was totally dominant in 1961, with a clean sweep of the top four places: Phil Hill won ahead of Wolfgang Von Trips, Richie Ginther and Olivier Gendebien. The first non-Ferrari was John Surtees in the Cooper and in fact, the English ace claimed the Prancing Horse’s last win on the old 14 kilometre-long Spa-Francorchamps circuit in 1966, one of the toughest races of all time.

Surtees made the most of all the sensitivity he developed as a motor cycle world champion and was the only driver to get through a sudden storm that hit, as the field approached the Bourneville corner on the opening lap. The Englishman got through, while the next man along,

Jochen Rindt spun several times but was unscathed. Behind them, nine drivers went off, including Jackie Stewart who was trapped upside down in his BRM, pulled clear by Graham Hill a matter of seconds before his car caught fire.

The races at Zolder. The race in 1966 and subsequent years led to Spa-Francorchamps being considered too dangerous for Formula 1 cars. The Belgian GP was shifted to Nivelles-Baulers. The 3.7 km track was definitely safer, but also less spectacular.

An alternative was found in 1973 with a move to the 4.2 kilometre-long track at Zolder. It proved popular with Niki Lauda, who won there for Ferrari in 1975 and ’76. Jody Scheckter also worked his magic there at the end of the decade, winning in 1979 with the 312 T4.

Tragedy. While Zolder had been a happy hunting ground for Scuderia Ferrari, it was also the scene of one of the sport’s great tragedies involving the team. Qualifying for the 1982 Belgian Grand Prix took place on Saturday 8 May and the atmosphere between the two Prancing Horse drivers was not good, after Didier Pironi had overtaken Gilles Villeneuve on the final lap to win at Imola, a fortnight earlier.

There were just a few moments left in the session and Villeneuve asked to go back out on track to try and beat Pironi’s time. On his flying lap, the Canadian came up behind Germany’s Jochen Mass, who was slowing as he headed back to the pits in his March.

A misunderstanding between the two drivers ended in a collision and Gilles’ 126 C2, flew through the air, catapulting the driver and his seat out of the car and into the catch fencing. There was nothing that could be done to save him. In mourning, Scuderia Ferrari withdrew from the Grand Prix. Formula 1 returned to Zolder one more time in 1984, when Michele Alboreto won for the Maranello team.

The Schumacher era. The year before, 1983, the Belgian Grand Prix returned to Spa-Francorchamps. The new circuit had been shortened to around 7 kilometres, but it maintained the great atmosphere of the past, along with many of its famous corners, such as the Source hairpin immediately after the start and Eau Rouge.

After the Kemmel straight, the old track was no longer used, with a new section of flat out corners linking up to the final chicane, named after the Bus Stop that used to be there. Michael Schumacher returned the Scuderia to winning ways at the track where he made his Formula 1 debut back in 1991 and where he took his first win in the category the following year.

Michael won in 1996, on his debut season with the Prancing Horse and again in 1997. He also came close in 1998, but had to retire after colliding with David Coulthard in the McLaren, whom he was trying to lap at the time. Michael won again in 2001 and 2002 and, two years later, a second place was good enough to clinch his seventh world title, his fifth with Scuderia Ferrari.

Kimi, Felipe and Sebastian. Ferrari returned to winning way at Spa-Francorchamps in 2007, courtesy of Kimi Raikkonen and again the following year, when Felipe Massa was declared the winner, after Lewis Hamilton was penalised, deemed to have cut a chicane to get ahead of Raikkonen. The Finn won again in Spa in 2009, while the following year saw Scuderia Ferrari notch up its 17th Belgian win courtesy of Sebastian Vettel, who made a brilliant start after which he never put a foot wrong.

Charles Leclerc: “Spa-Francorchamps is one of the greatest race tracks in the world and one of the most beautiful that we race on in Formula 1. So it makes starting racing again after the summer break even more enjoyable.

“It’s always impressive when you realise just how fast the current Formula 1 cars can go through the corners and at no other track is that perception so obvious. I’m thinking particularly of the uphill esses at Eau Rouge. The first time you get a look at it, you realise how narrow and steep it is.

“Well, in the dry, it’s flat, despite the compression and other aspects making it particularly demanding physically, especially in the first few laps. With each passing lap, your neck gets used to it, your brain takes it all on board and it becomes a corner like any other, trying to get the most out of it to help with the rest of the lap, but it is still a unique section of track.

“And there are plenty of others key points at Spa, which is why it is so important to get all the key sections absolutely right to produce the best possible performance on the first qualifying lap. That’s also because it is a particularly long lap and having to abort one can upset your timetable for that part of the session.”

Sebastian Vettel: “Spa-Francorchamps is a legendary track and definitely one of my favourites. It is very special with all its climbs and drops and with much of the track running more or less through the forest. Of course, over time, this circuit has also changed a lot, as indeed have the cars that we drive.

“I remember the first time I raced here in Formula 1 and compared to back then, some of the corners are easier now, because we have more aero downforce on the cars. The uphill esses at Eau Rouge can now be taken flat out, but it is still unique, while corners like Pouhon and Blanchimont are also spectacular.

“You have to get a perfect exit out of Eau Rouge to have as much speed as possible on the run down to Les Combes, where you can overtake thanks to the slipstream effect as long as you have the gear ratios just right. From Pouhon onwards, the circuit is just wonderful as you press down on the accelerator all the way to the Bus Stop, which is another realistic point to try and overtake. Once you know it, it’s impossible not to love Spa.”

Mattia Binotto Team Principal: “The season resumes in Belgium at the wonderful Spa-Francorchamps circuit, one of the most complete tracks on the championship calendar. We stopped work for a few days, just enough to recharge the batteries before returning to the track, ready to do battle once again. We are more motivated than ever to do well in the second part of the season, starting right now this weekend.

“At Spa, the cars run at a high average speed: the first and last sectors feature long straights where good top speed is the main requirement, while the middle section has many corners where one needs a well balanced car with a higher level of aerodynamic downforce, which usually makes the difference. That means we will be working on finding the right compromise when it comes to car set-up.”