Pagenaud: I missed a win in Le Mans 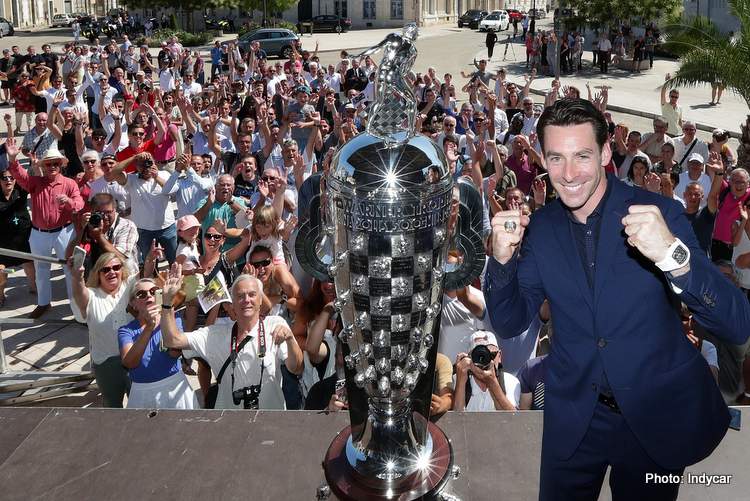 Indianapolis 500 winner Simon Pagenaud wants to have another go at winning the Le Mans 24 Hours sportscar race in his native France after finishing runner-up with Peugeot in 2011.

The 35-year-old Team Penske driver told Reuters at the Hungarian Formula One Grand Prix on Sunday that he had unfinished business at the Sarthe circuit.

“I finished second so you’ve got to go back and try to finish the deal,” he said. “It’s one of the best memories of my career and obviously after you’ve won Indy and you finished second at Le Mans, the goal is to try to get Le Mans as well.

“Some day I will definitely try to come back and be in the right situation to win. I won’t do it unless it’s in a position to win the race.”

Le Mans is changing its rules in 2021, with the top LMP1 category switching to hypercars with Aston Martin and Toyota already committed and McLaren expected to join them.

Pagenaud’s main focus remains the IndyCar championship, where he is third overall, and returning next season to challenge for that title and defend his Indianapolis crown.

He said his future with Penske was never an issue, despite media speculation.

“We knew what we were doing with Team Penske. This is my sixth season with them so there’s a respect and an understanding that we’ve done really well together,” he said.

“This year fighting for the championship again, we’ve just won the biggest race in the world, the future is in good shape no matter what.”

On Sunday Pagenaud was catching up with old friends — he raced five-times Formula One world champion Lewis Hamilton and Poland’s Robert Kubica early in his single-seater career — and enjoying a break.

“F1 has been a passion of mine since I was four years old,” he said. “So was the Indy 500. Sometimes in life opportunities go one way and you have to take it and make the best of it.

“This weekend is fun, I get to see the cars and meet people. I have a lot of friends in the paddock.”

One of those absent is two-times Formula One world champion and double Le Mans winner Fernando Alonso, who led the 2017 Indy 500 for Andretti Autosports but failed to qualify this year with a McLaren entry.

Pagenaud said the Spaniard, now 38 and departed from Formula One, still had time on his side with former Indy winners Takuma Sato and Tony Kanaan racing on at 42 and 44 respectively.

He added that Alonso, who wants to complete the ‘Triple Crown of Motorsport’ that involves winning Indianapolis, Le Mans and the Monaco Grand Prix (or F1 title), might have to do a full season, however.

“It’s very difficult to do a one-off in a championship like Indy because it’s a very specific set of skills,” he said. “It would be like me coming here and doing one race, in the middle of the championship.

“Everybody’s up to speed and all the drivers know the limits and the tyres.”

The amount of testing for Indianapolis made that a little easier but a team not used to racing on the oval would always have issues, he said.

“For Fernando to win, he needs to do what he did with Andretti, go to a team that’s won many times and be in a car that’s already set up, and he’s going to have a chance,” said Pagenaud.

“Certainly a guy of his talents, in a winning car and if he takes the time to learn how it works, he will do well.”

The Frenchman, who left France 14 years ago for the United States, is taking the famed Indy 500 winner’s Borg-Warner trophy on a trip to Paris next week so that his compatriots can appreciate the true dimensions of his success.

The 1.6-metre-high silver trophy, insured for more than $1 million, has every Indy winner’s likeness engraved on it in bas-relief and Pagenaud will see his for the first time at an unveiling on Monday.

“It’s very complicated to get it overseas or to make it travel. It takes a lot of security but I’m very proud that we are bringing it to France,” he said.