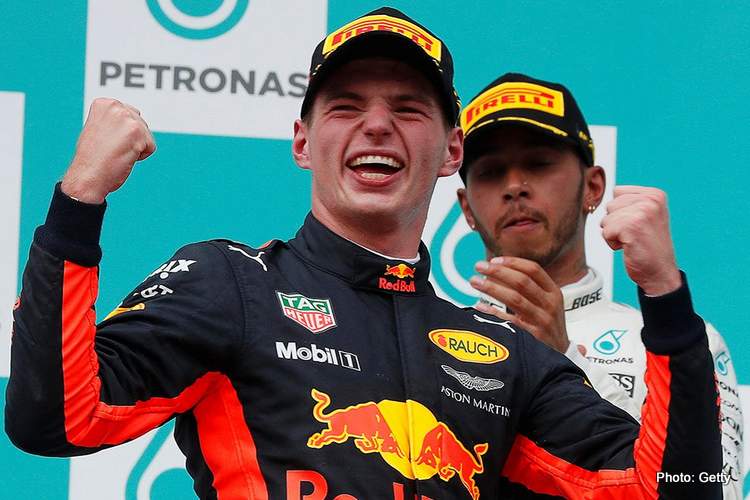 Max Verstappen has been voted the best driver of the 2019 Formula 1 season thus far, the Red Bull driver edging Mercedes’ Lewis Hamilton while Ferrari driver Sebastian Vettel does not feature in the top ten of the Fan Power Rankings.

The Red Bull driver topped the poll published on the official F1 website as voted by F1 fans.

Hamilton leads the championship comfortably and looks well set for a sixth world title while 21-year-old Verstappen has emerged as the heir apparent who’s itching for a fight as the Red Bull-Honda partnership starts to bear fruit.

Carlos Sainz has clearly impressed with his performances as a McLaren driver, his efforts recognised by fans who rated him the third-best driver on the current grid. His teammate Lando Norris was the highest placed rookie in fifth.

Alfa Romeo veteran Kimi Raikkonen came in at fourth-best while Charles Leclerc, the man who replaced the Finn at Ferrari, was only rated sixth.

Red Bull’s newest driver Alex Albon was seventh on the list, one up on his Toro Rosso teammate Daniil Kvyat with Pierre Gasly obviously a no show.

Hamilton’s Mercedes teammate Valtteri Bottas was ninth-best according to the rankings, with Williams rookie George Russell rounding out the top ten.

Apart from Vettel, notable absentees in the top ten were the likes of Daniel Ricciardo, Sergio Perez and Nico Hulkenberg.

Top Ten Fan Power Rankings at the halfway mark of the 2019 season:

Big Question: Is Max the best driver on the grid right now?