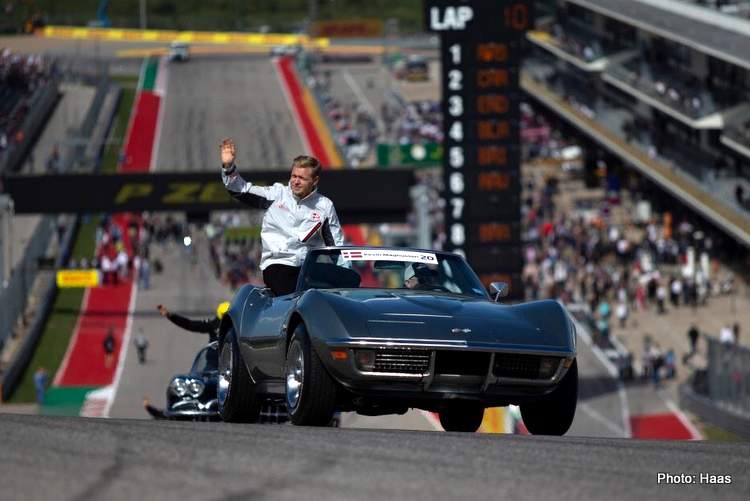 After a clash in 2017 in which Hulkenberg confronted Magnussen in front of the world’s media, the Dane bluntly told his German rival to “suck my balls”.

Haas driver Magnussen is still questioned about the altercation today.

“The whole episode and the fact that I’m still asked about it today shows what’s going wrong in this media world,” he told Auto Motor und Sport.

“Of course, I understand that people click on stories like that, but if the cameras had never seen it then Nico and I wouldn’t even think about it today,” Magnussen added.

However, the story remains relevant today because next year, they could be teammates.

It is believed that Hulkenberg, who could replace Romain Grosjean at Haas in 2020, could lose his works Renault seat to Esteban Ocon.

“My final word is simply that my respect for Nico is great and I have nothing against him personally,” Magnussen said. “I don’t know him as a person, but I haven’t heard anyone speak badly about him. That’s it.”

Magnussen, though, says he and Hulkenberg are not friends, “I would not say that we have a relationship. We are opponents on the track. We are not friends. Of course I have great respect for his driving skills. He is a very talented, complete driver. I really have nothing against him.”

KMag to Hulk: Suck my balls!