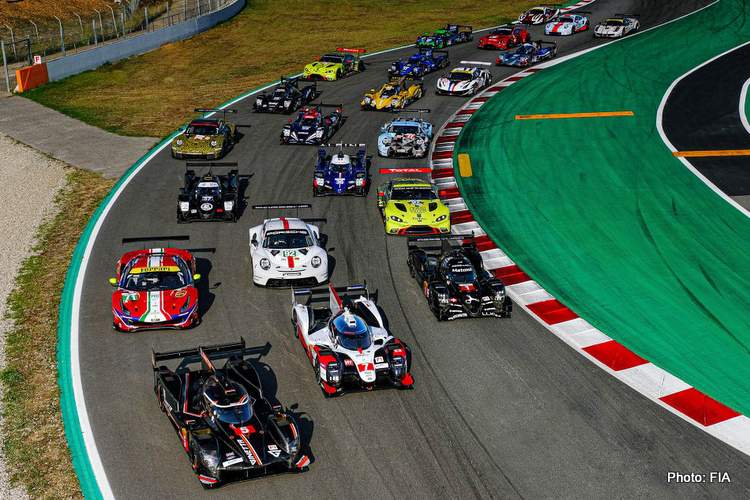 The opening round of the 2019/20 FIA World Endurance Series (WEC) at Silverstone will see a grid of 31 cars, with 14 Le Mans Prototypes (LMP) and 17 LMGTE entries competing in the eighth season of the world championship that concludes at the 24 Hours of Le Mans in June 2020.

The entry list for the 4 Hours of Silverstone on Sunday 1 September also features 10 current or former world champions and 19 British drivers, who will represent their country on home soil – almost a quarter of the total.

Six LMP1 cars will battle it out in WEC’s headline category including reigning World Champions Toyota Gazoo Racing with former WEC Champion Brendon Hartley making his official race debut with the team alongside current World Champions Kazuki Nakajima and Sebastien Buemi in the no8 TS050. The driver line up in the no7 Toyota remains unchanged from last season with Mike Conway, Jose Maria Lopez and Kamui Kobayashi.

Confirmed to drive the No. 3 Rebellion R13 – Gibson is former WEC World Champion and 2013 Le Mans winner, Loïc Duval. Frenchman Duval will be joined by another sportscar expert Pipo Derani, three-time winner of the 12 Hours of Sebring having taken the spoils in 2016, 2018 and 2019. Brazilian Derani has previously raced with Ford and Ferrari in LMGTE Pro and brings a wealth of experience to the team. Nathanaël Berthon, another driver well known to the WEC and who contested three races with Rebellion last season, will complete the trio. Bruno Senna, Gustavo Menezes and Norman Nato will compete in the no1 Rebellion R13.

Aston Martin Racing’s Alex Lynn, who hails from Essex but is now London-based, will also line up on the grid in front of the home fans. Both AF Corse and Aston Martin Racing will be keen to get their Season 8 campaigns off to best possible start in order to beat reigning Champions, Porsche – whose line-up remains unchanged with Michael Christensen and Kevin Estre defending their hard won world title in the new Porsche 911 RSR-19.

There are four British drivers on the LMP2 grid including former world champion Anthony Davidson in the no38 JOTA Oreca, former F1 drivers Will Stevens (no37 Jackie Chan DC Racing) and Paul Di Resta (no22 United Autosports) with Phil Hanson, the youngest ever overall European Le Mans Series race winner, also in the no22 United Autosports Oreca-Gibson.

Eleven teams will battle it out in LMGTE Am, and there have been several driver amendments including the no57 Team Project 1 Porsche 911 RSR which sees a brand-new trio made up of America’s Ben Keating, Brazil’s Felipe Fraga and the Netherlands’ Jeroen Bleekemolen. The no70 MR Racing Ferrari 488 GTE Evo sees Japanese-born Italian racing driver Kei Cozzolino replace Edward Cheever.

Meanwhile, Dempsey-Proton Racing has confirmed that Italy’s Riccardo Pera will join regular drivers Christian Ried and Matt Campbell in the no77 Porsche 911 RSR, with just the drivers of the no88 entry yet to be confirmed.

With so many competitive cars and drivers across all four categories of the WEC, the scene is set for a thrilling season-opener. 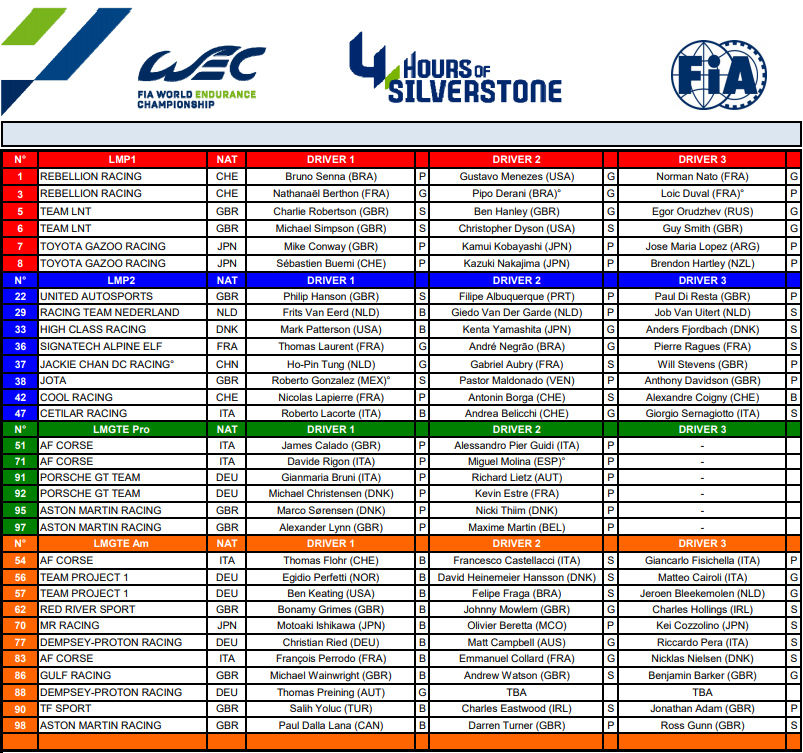