Coulthard: There are a few W-Series drivers capable of driving in F1 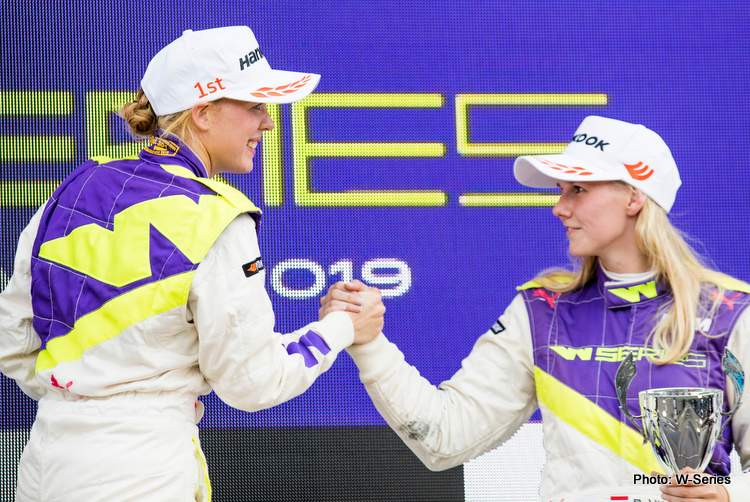 David Coulthard is one of the high profile figure involved with the all-female W-Series and, after the inaugural season won by 21-year-old Jamie Chadwick, the ex-Formula 1 driver believes there are ladies ready to make the big step to the top flight.

Answering questions for F1 Fan Voice, Coulthard said of the W-Series season one, “We’ve really put a big spotlight on female talent that is out there right now, and I think there are a few of the competitors who are capable of driving in F1.”

Formula 1 is a ruthless arena where only the best of the best are supposed to ply their trade, currently, Lewis Hamilton is The Boss of this generation as he heads for his sixth F1 title, while the likes of Max Verstappen, Charles Leclerc and Lando Norris are earmarked for stardom.

They set and are setting the benchmark required to compete at the highest level. Anyone with less will simply be reduced to a journeyman or journeywoman, for that matter, of which too many remain anchored to the current F1 grid of 20 drivers when at least another dozen of their peers on the sidelines deserve a fair shot at the big time which they will probably never get.

“If they’re merely good… and good is [very] good! – then they will be in touring cars, sports cars and many other championships,” predicted the Scot, a 13-time Grand Prix winner.

The late Lella Lombardi was the last woman to qualify and race in F1 when she did so at the 1976 Austrian Grand Prix.

From Hockenheim to Brands Hatch, join us on Jamie’s story, the story of a champion. #WSeries pic.twitter.com/0kwaItVkZv

Big Question: Which current female drivers deserve a crack at F1 testing or FP1 to evaluate their abilities?