Leclerc: I need that first win as quickly as possible 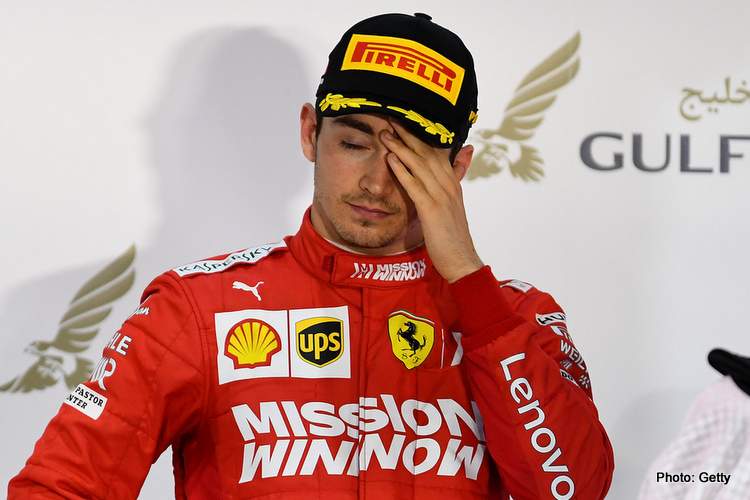 For a young man, Charles Leclerc has already endured the journey of pain few of us have to suffer in the spotlight of his climb to become one of the future stars of our sport.

The passing of his father Hervé a tragic blow now serves to inspire the 21-year-old driver who Ferrari are banking on to lead them in the future and, for him, that first win can not come any sooner.

His dad was also a race driver, well respected in karting and a Formula 3 racer in the 1980s and 1990s. He succumbed to a long illness, aged 54, just four days before his son won the feature race at the 2017 Formula 2 Baku weekend.

That weekend Leclerc found an uncanny inner strength to dominate Formula 2. He claimed pole by half a second on the toughest course on the roster, and then went on to win the Feature Race and in the Sprint Race, from eighth on the reverse grid, he crossed the finish line first after a storming drive through to the front but a 10-second penalty relegated him to second.

The impressive showing was scant consolation on that dark weekend for him but, in retrospect, it marked the start of his life without a father who had been with him since the racing journey began.

A couple of years earlier, adding to the anguish of his youth, his mentor Jules Bianchi died, on 17 July 2015, nine months after lying in a coma as a result in a freak accident during the treacherous 2014 Japanese Grand Prix.

Highly rated Bianchi was the first Maranello backed and bred talent who was due to step up to Ferrari after a season or two with Marussia. But fate decided otherwise.

Fast forward five years and it is Charles instead who took the path that his mentor Jules was expected to take. They might’ve been teammates today! Who knows?

The Ferrari driver recalled in a BBC interview,  The journey began around 2000 when Hervé introduced Charles to karting when his lad was three, “From that moment on it was pretty clear I wanted to do that.”

However when he did race he was clearly a star in the making, but the F1 dream not on his radar at that point, “I never told myself that I actually could arrive there. I just told myself to keep working and keep focusing on the present to try to improve what I could do now and then I would probably have the opportunity to get there.”

He acknowledged that Hervé and Jules, saw something special in his talents, “Yeah, but I think they were saying a lot more: Keep your feet on the ground and keep working. So, yeah, in the end I think I took the other side and kept working and not thinking too much about F1.”

At Sauber in 2018, he starred in his rookie season and, now a year later, in red he has proven to be a match for his illustrious teammate Sebastian Vettel but, at the same time, self-inflicted mistakes have denied him.

His errors have been followed by overt public self-flagellation which, along with his honest humility, has endeared him to a growing band of Leclerc fans that, no doubt, began with his father and continued with his mentor – his number one and number two fans.

“I don’t think I’ve ever been arrogant or anything like that,” he reckoned, “So it’s also a bit natural. I honestly believe [F1] is the way forward. But the fact [Hervé and Jules] kept telling it to me, I think it has helped me.”

Part of the motivation to continue racing was to fulfil the collective dream amid the dark clouds of tragedies that engulfed his life when he lost the men closest to him in a short span of two years.

But, even the loss of Jules did not deter Charles, but rather motivated the youngster, “There was definitely no thoughts any time to stop my career because of that. From the beginning when you go into this sport, you know how dangerous it is. It will never be a safe sport.

“Of course, the cars are getting safer and safer but, when you are going at 340km/h, it can never be safe. This I knew from the start. And I just wanted then to be good for him because he had taught me many things.

“Jules had always pushed me forward and helped me to get better, and the only thought I had when this happened was just to do good for him to make him proud.”

As for his short term, Charles said, “It motivates me to try to progress and take that first win as quickly as possible. That’s my target. I am trying to work as hard as possible and hopefully, it will come soon.”

After a dozen races with Ferrari, Leclerc lies fifth in the championship but he might have two wins on his CV by now.

On the first occasion, he qualified on pole for his second race as a Red in Bahrain. After comfortably leading the majority of the race a failed fuel injector robbed him of power. Thus, what should have been his night celebrating victory turned to third place for his first podium visit. He was gutted.

Another that slipped away was in Baku where the #16 Ferrari speared the barrier during qualifying for the Azerbaijan Grand Prix. Pole was his for the taking, and from there it should have been a good chance for his first victory but fate had another script. Again he was gutted.

That first victory at the highest level still eludes him and it is clear he wants that box ticked ASAP, so expect Charles to come out guns blazing when the season resumes service at Spa-Francorchamps at the end of the month.

Big Question: Where will Charles win his first Grand Prix? Spa? Monza? Or where?